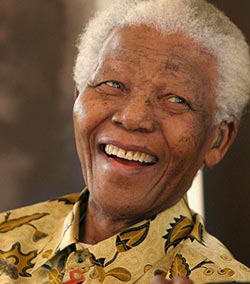 Just as in Europe, closing the borders and discriminating against migrants is not the answer; it’s the underlying inequalities that must be addressed – something that South Africa over 21 years has patently failed to do.
I AM currently in South Africa where liberal opinion is reeling from the latest wave of xenophobic attacks in Durban and other cities. Flamed by comments from Zulu King Zwelithini and Edward Zuma, the President’s son, the attacks against migrants, mostly from elsewhere in Africa, have left many dead and a large number displaced.
Zimbabweans have been caught up in this, with reports of some deaths and hundreds of Zimbabweans having fled to camps for safety. This was not supposed to be what the Rainbow Nation was about.
Yet it has happened before – in 2008, and again in 2013, and continues at a low level in the poor, urban contexts where poverty and inequality are extreme on a daily basis. South Africa has attracted many from across the continent, picking up business opportunities, providing labour and contributing to the economy. They come from Nigeria and across West Africa, from Somalia and across the Horn, and of course from other countries in southern and central Africa, including Zimbabwe.
No-one knows how many migrants are living and working in South Africa. The figures being bandied around again this week don’t add up. Some claim there are a between 2 and 5 million migrants (quite a range), others say there are 3 million Zimbabweans. The truth, as I outlined in an earlier blog, is rather less dramatic. Nevertheless, migration to South Africa, as it has been for a long time, is a crucial part of regional livelihood strategies.
In the colonial era, Zimbabweans would come and work in the mines and farms, as part of a pattern of circular migration. This continues today, where ‘border-crossing’ for temporary work or trading is crucial for many Zimbabweans’ livelihoods. Migration is not new in southern Africa – it is, in fact, essential for the regional economy, and now on a wider scale with new patterns, and added to the many others from across the continent.
A negative, sometimes violent, reaction to foreign migrants in times of economic hardship is of course not just a South African problem. The current UK election campaign, at turns, blames migrants for all ills, as well as praises them for their contribution to the economy.Advertisement

There is no doubt that vulnerable migrants in Europe are exploited and paid lower wages than others can claim, and so act to drive wages down. But they also contribute massively in terms of skills, entrepreneurship, business acumen and hard work. The same applies in South Africa.
But the reactions in Europe and South Africa do not look at the larger problem. This, at root, is a pattern of uneven economic development on a regional scale, and deep inequalities within nations.
The great hopes for the Rainbow Nation in 1994 have not been met. The scars of apartheid are obvious for everyone to see. The symbolic removal of the statue of Cecil John Rhodes  – that xenophobe supreme buried in the Matobo hills – from the University of Cape Town has sparked a wider debate on why it is that, so long, after freedom there are only a handful of black professors of South African origin at this most prestigious of universities.
Such inequalities are felt even harder in the townships of Durban and Gauteng, where unemployment is rife, and opportunities are few. Meanwhile, great riches are displayed by those living in their protected condominiums in the smarter suburbs of the same city.
Inequality breeds distrust, hate, conflict and violence. Without a state that is able or willing to intervene, address past and current injustices, and embark on realistic redistributions, whether in land, housing, services or economic opportunity more broadly, the only resort is a form of local level violence, where gangs and militia rule. The late action and response from the South African state in this recent wave of violence is shocking, and the complacency of the elite is also palpable.
Last weekend a link was made between conflicts in other parts of the continent, with the warnings reported that there would be ‘pay back’ from Boko Haram and Al Shabaab on South Africans. Yet these conflicts in Nigeria and in the east African Horn also emerge from local disputes; a sense of injustice and lack of attention from the state.
Locals are easy recruits into a wider movement because they offer an alternative, however restrictive and violent, to what is currently on offer; which is either neglect or direct persecution of marginal groups by the state. Sometimes portrayed as part of ‘international terror network’, linked to a ‘global jihad’, as pointed out in an excellent new IDS briefing, such conflicts are actually in their origins and motivations quite local, and based on the consequences of deep and persistent inequalities, including around rights to land and access to services, unaddressed by states.
Zimbabweans are caught up in the current horror in South Africa in large numbers. The Zimbabwean government has sworn to repatriate those who want to come home, while Zimbabwean citizens have protested volubly in a march on Harare’s South African embassy.
Regional economic integration is the dream of SADC and the AU, but unless South Africa can address its own inequalities, and provide opportunities for migrants in a safe environment and on a level playing field, this will remain a pipe dream.
Just as in Europe, closing the borders and discriminating against migrants is not the answer; it’s the underlying inequalities that must be addressed – something that South Africa over 21 years has patently failed to do.
This post was written by Ian Scoones and appeared first on Zimbabweland.