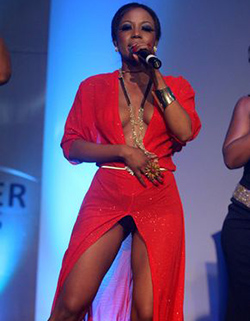 SOUTH African musicians are bearing the brunt of the country’s xenophobic attacks with many of their gigs cancelled last week.
Kelly Khumalo, Big Nuz, Black Coffee, Winnie Khumalo, Ringo Madlingozi and Cassper Nyovest have had their international acts affected by calls for a boycott.
UK based company Elite Promotions, on its Facebook page, revealed that Kelly’s UK show, scheduled to open on May 1, had been postponed in solidarity with the innocent victims of xenophobia in South Africa.
Brickz also had his UK tour suspended. He was due in London on Friday. Big Nuz and Black Coffee, set to perform in Zimbabwe and Mozambique respectively, have pulled out of their shows.
Booking agent in South Africa, Tenny T, said there was no reason to blame musicians.
“Around 99.9 percent of our artists are supporting the cause that says no to xenophobia,” he said.
“They do not deserve this. They have worked hard, and having these restrictions imposed on them is wrong.
“Just because they are South African does not make them part of the xenophobic attacks.”
Tenny T said while there were threats from people living in African countries to boycott events – and others who had threatened stars on social media, many local musicians like award winning hip hop artist Nyovest were sticking to their guns and would perform at their scheduled events.
Speaking to the Sunday Tribune, Nyovest said he was not scared of the threats made on social media.
“It takes a senseless individual to make threats, as senseless as those who are killing and victimising our brothers and sisters in some parts of South Africa. I will be performing in Zimbabwe as planned.”
All proceeds will go towards xenophobia relief needs.
He encourages other local acts to follow suit and voice their stance against xenophobia.
“We can understand where people are coming from when they threaten to boycott South African shows, as their loved ones have been targets of these attacks.
“However, it should not be taken out on artists who have been vocal against the issue.”