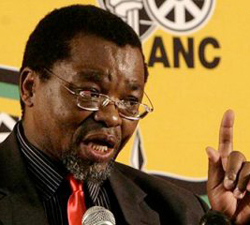 THE callous, deadly and subhuman behaviour shown by South African hoodlums that have been carrying out senseless and barbaric attacks on fellow Africans is an expression of what obtains in sections of South Africa’s post-apartheid social classes, and the causes thereof must be examined and interrogated.
Many socio-economic problems related to immigration influxes have been cited by many commentators as the main cause of the resurfacing of the ugly head of xenophobia in South Africa, but surely South Africa is not the first country to have an influx of immigrants, even of the magnitude that we see in the country today, and certainly will not be the last.
While Kenya is largely considered the economic hub of East Africa, its economy hardly compares to that of South Africa. Kenya has a population of 47 million people of its own, and is home to hundreds of thousands of refugees from South Sudan and the Darfur region, hosts tens of thousands of immigrant workers from other African countries, Zimbabweans included, and has a 2.5 million Somali population, mainly refugees fleeing that country’s instability that started in 1991.
Even with the senseless terrorist provocations from the Somali extremist group Al-Shabab, Kenyans have not reduced themselves to the subhuman level of carrying out murderous xenophobic attacks on foreigners.
South Africa has a population of over 50 million people of its own, runs an economy way stronger than that of Kenya, and has an immigration population quite similar in size to that of Kenya. Yet South Africa has erupted into deadly scenes of xenophobic massacres of fellow Africans twice in the last seven years, and there must be a reason for this behaviour, apart from just the pressures of immigration influxes.
The deadly and shameful attacks by highly barbaric hoodlums from some sections of an otherwise civilised South Africa have been more worrisome in the context of what many have seen as a tardy response from the government, especially in the first two weeks of the attacks.
There are simmering causes under the surface of the barbarism we have seen in South Africa, and it is sad that there seems to be no honest acknowledgement of the magnitude of the problem at hand from the South African leadership, especially from the Zulu King whose utterances have largely and variously been condemned as the inflammatory trigger to the crises, much as he has gone to length in denying the accusation.Advertisement