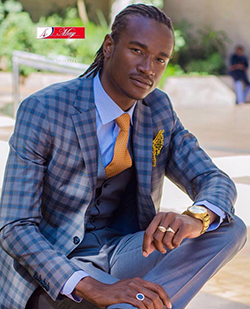 ZIMBABWEAN music lovers in the United Kingdom will receive a rare Easter treat this year, with four top Zimbabwean artists billed to perform at the Oasis in London and Leicester Arena in Leicester on the 14th and 15th of April respectively under the Southern African Music and Arts UK tour.
Legendary super star, Oliver Mtukudzi will lead the star-studded line up which includes Jah Prayzah, Winky D and Gospel Diva, Fungisai at the annual event powered by Y2K Promotions, the brainchild of Alex Marapara and Fred Matenga.
In a statement, Southern Africa Music and Arts UK representative, Danai Mavunga, said Zimbabwe was home to some of the hottest and brightest talents across Africa, and the SAMA tour was taking the lead in showcasing the country’s talent to the world.
“The annual event powered by the renowned ​Y2K promotions​ team kicks off this Easter, at London’s ​Oasis ​Venue, and ​finishing up in the plush ​Leicester Arena​ the following day.
“The SAMA weekender​ launched in ​2009​, building up a track record of bringing Southern Africans and other Africans of the diaspora together for an explosive event!” she said.
The Y2K Promotions partners said their number one priority was showcasing the cultural talents and beauty of Africa, saying they could not wait to host the SAMA event as it was so important to them.
“Africa is a huge continent and is overflowing with unique talent and cultures, which we want to share with the world. With a focus on Southern Africa we want to take this to higher heights,” they said.

The Y2K Promotions brand was established in the year 2000 and has consistently delivered international events across Zimbabwe and the UK.
“With aims to connect with Africans on a global scale, SAMA serves as one of their platforms to push boundaries to promote Southern African Music, Arts & Culture.
THE ARTISTS:
Oliver Mtukudzi​:​ Zimbabwe’s ​most renowned and internationally recognised cultural icon of all time. Selling out venues globally, he is an exciting asset to the line-up bringing adults and youngsters together. Advertisement

Fungisai​: a Christian Zimbabwean, Afro-contemporary Gospel musician who has a phenomenal 14 music Albums to date. The mother of three describes her music as ‘music that has no boundaries’.