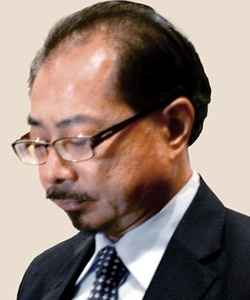 As Karl Krauss observed, corruption is worse than prostitution. The latter might endanger the morals of an individual, the former invariably endangers the morals of the entire country.
“I will fight corruption without fear of favour. I will personally lead the charge… pray for me and support me in this war because those involved are not the ordinary wananchi (citizens)”.
This is what the new President of Tanzania had to say when he opened the 11th parliament in Dodoma, Tanzania. This opinion will not dwell much on Dr Magufuli as that is a matter for another day. I however hope that you can connect the dots.
“We must uphold the fighting of tigers and flies at the same time, resolutely investigating law-breaking cases of leading officials and also earnestly resolving the unhealthy tendencies and corruption problems which happen all around people”.
These were the words of Xi Jinping in January 2013 when he vowed to crack down and go after both tigers (corrupt high-level officials) and flies (small-time crooks). Like what Magufuli is doing in Tanzania, Jinping stamped his authority and pursued meaningful discipline by making more populist moves – banning officials from making long, boring speeches or being given red carpet welcomes, and ordering the military to stop holding alcohol- fuelled banquets and staying in luxury hotels. Since 2013, he has cemented his bona fides as a corruption fighter in China.
Corruption Fighter
Jinping is a swashbuckling corruption buster. To send the point home, he has created an impeccable record of snaring the big tigers. In June, Zhou Yongkang, the former security chief and retired Politburo Standing Committee member was sentenced to life imprisonment for bribery, abuse of power and intentionally disclosing national secrets. Before this, Zhou was one of the most powerful men in China, overseeing courts, prosecuting agencies, the police, paramilitary forces, and intelligence organs. Yao Mugen who served as Vice-Governor of Jiangxi province was convicted of corruptions and sentenced.
Jiang Jiemin, a former general manager and then chairman of the China National Petroleum Corporation (a parent company of PetroChina), and later director of the State-owned Assets Supervision and Administration Commission (SASAC) was in March 2013 convicted on charges of abuse of power, bribery and being part of a network of vice and malfeasance, and sentenced to 16 years in prison. Bo Xilai, a former mayor of Dalian, former governor of Liaonin, former Minister of Commerce and a member of the Central Politburo and secretary of the Communist Party’s Chongqing branch was charged and found guilty in September 2013 of corruption, stripped of all his assets, and sentenced to life imprisonment.Advertisement