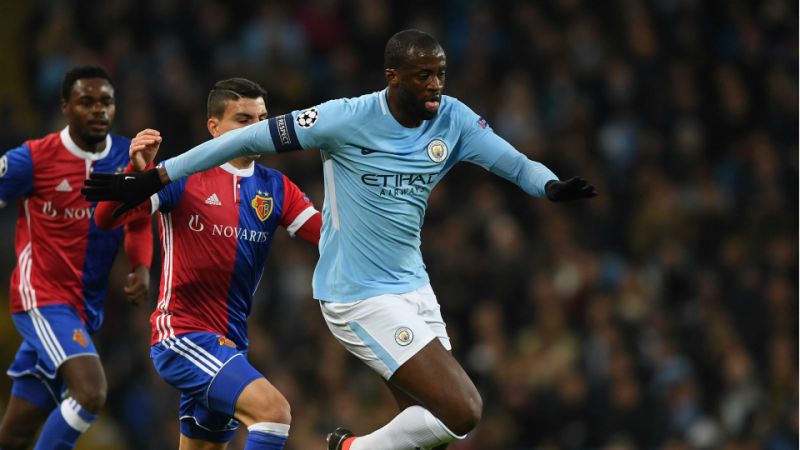 Midfielder Yaya Toure accused Manchester City manager Pep Guardiola of having “problems with Africans” in an interview to be published on Tuesday by France Football magazine.

“He insists he has no problems with black players, because he is too intelligent to be caught out,” Toure said. “But when you realise that he has problems with Africans, wherever he goes, I ask myself questions.”

“I’m not the first to talk of these differences in treatment. At Barcelona I know that some also asked questions.”

“Last summer, when Pep brutally got rid of (Wilfried) Bony, who had been signed a year earlier for a huge sum, I asked questions,” Toure said.

The 35-year-old Ivorian played just 17 matches this season for City, who romped to the Premier League title, and he confessed to wondering if his limited playing time “was not because of my colour.”

“I think I was dealing with someone who just wanted to take revenge on me, who was jealous of me, who took me for his rival. I felt humiliated,” said Toure, who is leaving City at the end of June.

Toure joined City after three seasons at Barcelona where he had fallen out of favour after Guardiola took over as manager.

“There had already been some tensions,” said Toure, who added that he was now taking responsibility for “being the one who smashed the myth of Guardiola.”

“Other players will never say so in public, but some have told me they finish by detesting him because he is manipulative and plays a lot of mind games.”

“As he is very vain, he wants to win with his players, those he chose, not those chosen by others. It’s his project.”

Toure played 319 matches over eight seasons with the Sky Blues and won the Premier League three times and the FA Cup once.

“To encourage me to be patient on the bench, he told me: ‘take the opportunity to sit close to me. That will be useful to you as an apprenticeship for you future trade.’ What I wanted wasn’t to start my retraining but to play football because I feel I can still do it.”

Toure complained that Guardiola “did everything to ruin my last season” and to prevent him enjoying the sort of farewell fanfare that Andres Iniesta received this season at Barcelona and Gianluigi Buffon did at Juventus.

“He stole my farewells with City. I would have liked to leave this club with emotion, as Iniesta and Buffon were able to do. But Pep stopped me.”

Toure said that he felt he was capable of another couple of seasons at the highest level. For that reason, despite the urgings of his agent, Dimitri Seluk, Toure had turned down big offers from China over the past year.

“I want a nice challenge in Europe,” he said.