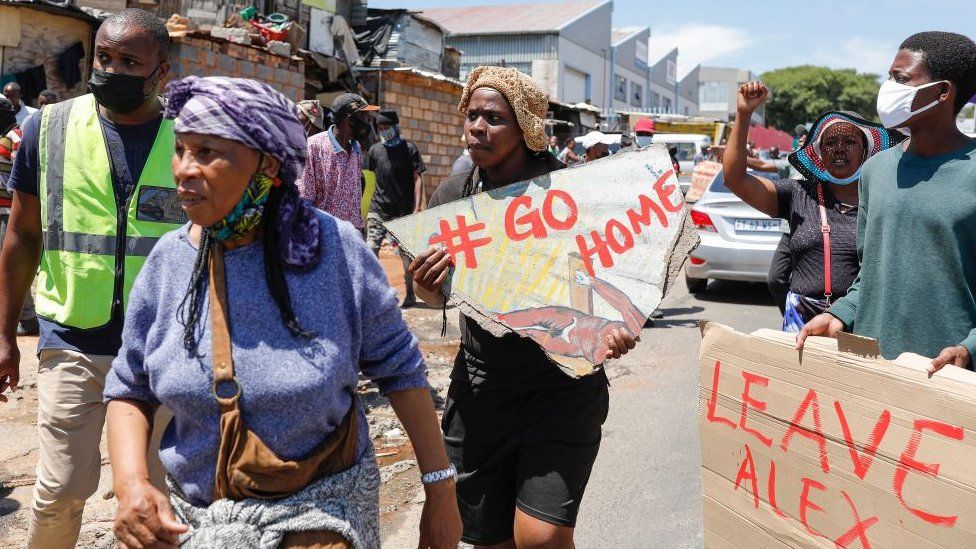 SOUTH Africans have stuck to their guns, demanding that Zimbabweans seeking medical assistance there should trek back home as they are crowding them

Others argue resources released by the neighbouring country’s administration are not enough to cater for South Africans, let alone immigrants.

Speaking on state broadcaster SABC’s ‘It’s Topical’ programme, a cross section of South Africans interviewed bemoaned the influx of foreigners and blamed them for taking up most of the space in their public health institutions.

“We do not know if some of these foreigners are here legally or illegally, but they are covering 70% space in our maternity wards, South Africans have been relegated to using 30%,” said one interviewee.

She stirred an international situation after telling the female patient, President Emmerson Mnangagwa had never paid her to treat his nationals, and did not contribute to her country’s health budget.

Ramathuba, went on to stand her ground, arguing there was nothing wrong with her expression of frustration with the Zimbabwean woman, scheduled for surgery at a Bela Bela Hospital.

She was said to have been involved in an accident.

“We cannot put blame on the Limpopo MEC, she is overburdened and needs our support. At the end of the day what she said was the true, and the truth hurts. We all know there is a shortage of medication in our hospitals,” said another South African on the programme.

The discussion takes place at a time of heightened tension between South Africans and Zimbabweans. Some South Africans are currently engaged in Operation Dudula, a rogue initiative taken by roving bands of youths aimed at flushing out illegal immigrants in a violent manner which has claimed lives already.

“What upsets me is that they come in here illegally and take most of the space at our hospitals. Come here legally, visit and go back to your place. Do not just come here to stay here, give birth here so that your child has South African birth certificate. They are crowding this place, and something has to be done.

“People should come in this county legally, and they must pay for these services. We must not be forced or coerced as South Africans, why are they not doing it in Botswana or Zambia, they are just across their border as well. South Africa cannot be their bedroom, we have laws here,” said another.

The institutions have however been flooded by illegal immigrants according to complaints by locals, although that has never been substantiated.

With a fairly functional health system, Zimbabweans have over the past decades opted to travel there for assistance instead of baring poorly funded, ill equipped and demotivated health personnel back home.

“We have had challenges, there are concerted efforts to make sure hospitals are capacitated. This is work in progress because what we have seen for over ten years is that it will take a long time to go back to the pre-sanctions regime.

“We would also expect those of Zimbabwean origin who voluntarily seek medical attention in South Africa to pay for those particular services because it is a choice which they would have made,” conceded ruling Zanu PF’s South Africa spokesperson, Kennedy Mandaza on the same programme.

South Africa’s health deputy minister Sibongiseni Dhlomo said the matter could only be solved by ongoing bilateral and multilateral discussions between the two countries.

Zimbabwe’s health sector has been heavily incapacitated by poor investment, poor administration and failure by government to pay enough to its workforce currently being forced to earn wages in the lowly RTGS dollar.