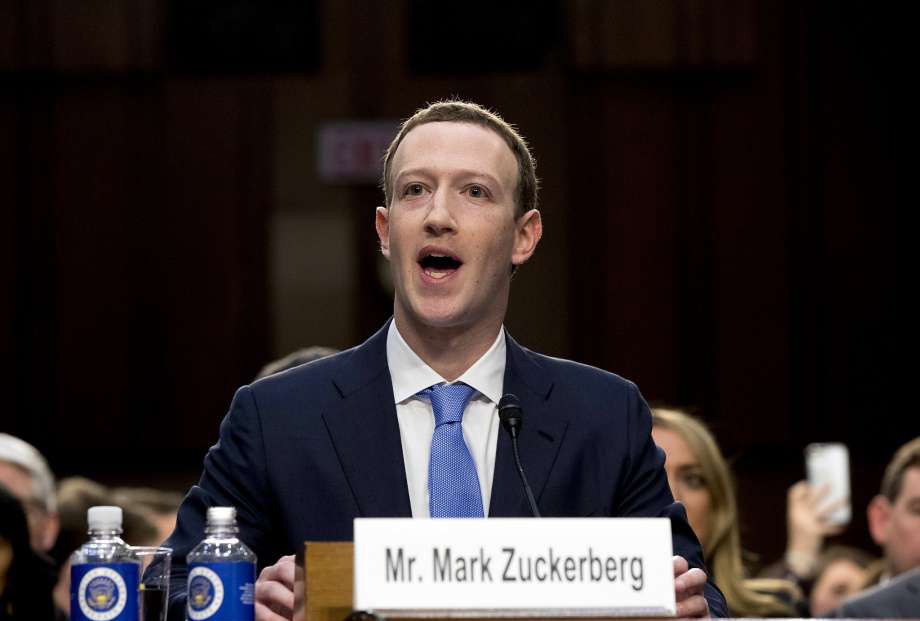 Facebook chief Mark Zuckerberg accepted personal responsibility Tuesday for the leak of data on tens of millions of its users, while warning of an “arms race” against Russian disinformation during a high stakes face-to-face with US lawmakers.

In his first formal congressional appearance, the Facebook founder and chief executive sought to quell the storm over privacy and security lapses at the social media giant that have angered lawmakers and the network’s two billion users.

Under mounting pressure over the hijacking of its user data by a British political consultant, Zuckerberg reiterated his apology for the historic breach, before being grilled over how Facebook collects and protects people’s personal information.

“It was my mistake, and I’m sorry,” Zuckerberg said the improper sharing of 87 million people’s information by Cambridge Analytica, a firm working for Donald Trump in 2016. “I started Facebook, I run it, and I’m responsible for what happens here.”

He added that Facebook fell short in protecting the platform, noting, “That goes for fake news, foreign interference in elections, and hate speech, as well as developers and data privacy.”

The 33-year-old CEO spoke of a constant struggle to guard against Russian manipulation of the Facebook platform to influence elections in the US and elsewhere.

Zuckerberg has previously acknowledged the social network failed to do enough to prevent the spread of disinformation during the last US presidential race.

“After the 2016 election, our top priority was protecting the integrity of other elections around the world,” he said.