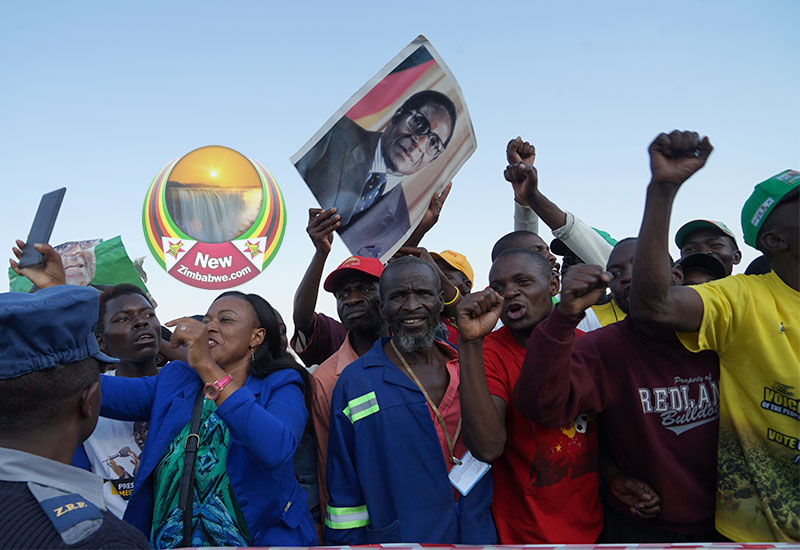 The crowd, which occupied the football stadium’s Vietnam Stand, also accused Mnangagwa of worsening the country’s economic situation, which, they claimed, was still manageable when Mugabe was forced out of office November 2017.

The crowd sang “Chingwa makasiya pa dhora (when you exited office, a loaf of bread only cost a dollar)”

When the section of the crowd kept singing, the Master of Ceremony tried to urge them to stop singing but that was fuel to the fire as they sang even louder.

“Ndimi makauraya (you killed him),” they chanted.

Mugabe, who died of an unknown ailment in Singapore a week ago, was toppled by Mnangagwa in November 2017, some two weeks after he sacked the now incumbent from his job as State Vice President.

At the time, prices of bread and other basic commodities were far more stable than the current situation in which the prices have shot through the roof with no signs the current administration had solutions on how to remedy the crisis.