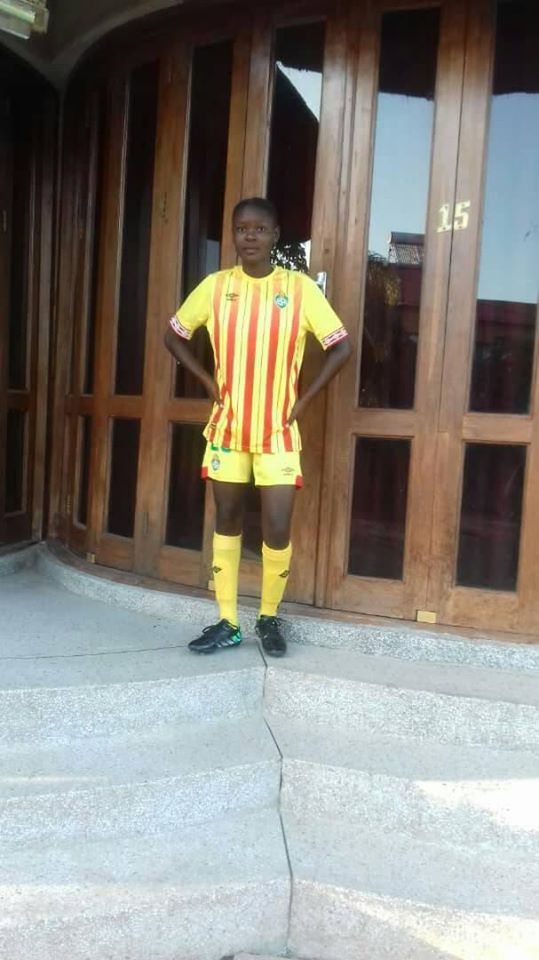 The 19 year-old Zimbabwe women’s Under-20 football star is set to leave the country for the city of Mount Vernon in Georgia, United States next week after signing for Brewton-Parker College.

Chako recently attained 12 points during her Advanced Level examination while at Glen View High 1 in Harare. In addition to featuring for the Brewton-Parker College women’s soccer team she will also be studying towards a degree in criminal law.

Brewton-Parker College, who compete in the Southern States Athletic Conference are also home to another Zimbabwe youth international midfielder Mateko, who has reportedly made an instant impact at the institution since being offered a four year scholarship in May.

Mateko, who was born in Seke initially moved to the US last year to join Kimball Union Academy, a private boarding school located in New Hampshire, US, where her solid performances caught the attention of scouts from Brewton-Parker University.

Brewton-Parker College women’s soccer team coach Prince Borde then revealed that he was excited by the acquisition of Mateko.

“Vanessa brings a lot of experience to the group. She has already played in a lot of big games over her career. Her enthusiasm, work rate and intelligence is something we are excited about,” he said.

The duo of Meteko and Chako, who have both featured for the Zimbabwe Under-20 Young Mighty Warriors team, are products of Harare-based ZIFA Northern Region Division One women’s side Maningi Queens FC.

Their move to the US were facilitated by former Arcadia United and Young Warriors utility player Miguel Lemming through his Ten Toes Africa project in collaboration with the former Warriors and CAPS United coach Charles Mhlauri.

During their four-year stint, Chako and Mateko are  expected to play a key role for Brewton-Parker College women’s soccer side (also known as the Lady Barons) while also pursuing their tertiary education.

The pair is among the several players from Maningi Queens FC, who have been attracting interest outside the country as local women’s football continues to make tremendous strides despite limited financial support.

They were the first local players to secure moves to a English League division side from a Zimbabwean club.