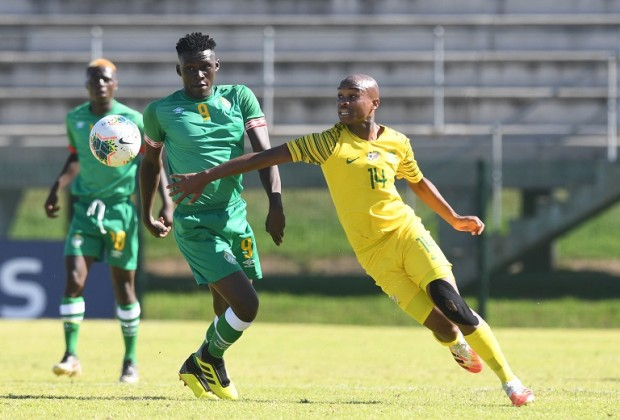 ZIMBABWE’S Under-20 national football team was unlucky not to get their COSAFA Under-20 Championships off to a winning start after conceding a late goal to settle for a 2-2 draw against South Africa in their opening match at the regional tournament Thursday.

Despite having just over a week to prepare for the regional tournament, the Tonderayi Ndiraya-coached side put up a decent performance against their more fancies hosts and with a bit of luck could have secured all three points.

South Africa have had great success in the COSAFA tournaments recently, with both Banyana Banyana and the men’s U17 side winning their respective tournaments last month so their Under-2o side started the match as favourites.

However, it was the Young Warriors who took an early lead through Panashe Mutimbanyoka who connected Lexington Mujokoro’s corner kick on nine minutes.

South Africa were unable to find a reply in the opening 45 minutes as the Young Warriors defended resolutely, but they were back on level terms shortly after the halftime break through Oswin Appollis’ finish.

They had a number of chances after that and were perhaps unlucky not to take the lead when Zimbabwe goalkeeper Raphel Pitisi appeared to carry the ball back over his line.

Despite the dominance it was Zimbabwe who got the next goal eight minutes later courtesy of a strike from Lexington Mujokoro from another set piece.

Zimbabwe’s lack of competitive match fitness was obvious in the latter stages of the contest as most players struggled with muscle injuries.

In the end South Africa managed to bag the equaliser in second-half stoppage time, with Mohlala Makola getting the goal which endured a share of the spoils.

Only the top team in each pool as well as best-placed runner-up advance to the semifinals, while the two finalists at this year’s competition will win a place at the 2021 Africa Under-20 Cup of Nations.