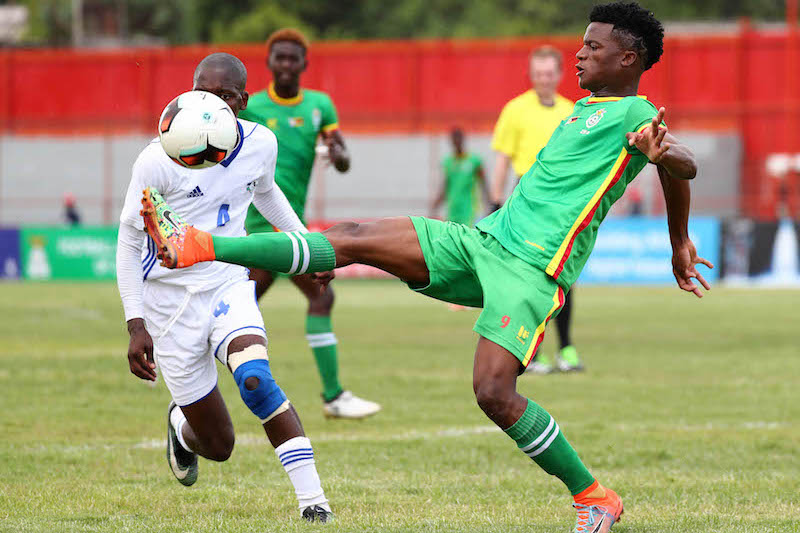 INFORM Young Warriors striker Delic Murimba netted his fourth of the campaign as Zimbabwe stunned hosts Zambia with a 2-1 victory to set up a final meeting with holders South Africa at the 2018 COSAFA Under-20 Championships at the Nkana Stadium in Kitwe on Tuesday.

The Triangle United forward’s second-half strike completed Zimbabwe’s comeback after the hosts had earlier looked on course for the final when they took the lead on 37 minutes through star striker Prince Mumba.

The Young Warriors however, responded barely a minute later as captain Andrew Mbeba stunned the hosts with a neatly taken strike after Zambia goalkeeper Bradley Mweene had dropped the ball at his feet.

The match was played at a furious pace and swung from end-to-end, but it was Zimbabwe who found the winner as Murimba netted his fourth of the campaign to join Mumba and South Africa’s Lyle Foster at the top of the scorers list.

Bekithemba Ndlovu’s charges will now tackle South Africa in Thursday’s final at the same venue, which will kick-off at 1530 hours while Zambia tackle Angola in the third-place play-off match.

Earlier in the day, South Africa advanced after a narrow 1-0 victory over Angola in their semi-final, with Foster grabbing his fourth goal of the campaign.

South Africa were largely untroubled by the Angolan defence and completed a third match at the tournament without conceding a goal.

They will now hope to retain the title they won in the final against Lesotho 12 months ago as coach Thabo Senong builds confidence ahead of an appearance e at the 2019 African Under-20 Championships in Niger in February.