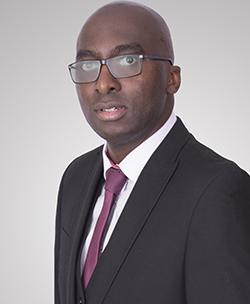 A UNITED Kingdom-based Zimbabwean tech entrepreneur and his Guinean business partner are the brains behind Africa’s latest and fast-growing mobile airtime start-up.
Born a few miles from Masvingo, 33 year-old Takwana Tyaranini and partner Ibrahima Soumano co-founded Senditoo in March 2016.
The innovative service allows users to send instant mobile phone top-ups to more than 140 countries across the world, including 39 in Africa.
Connected to over 400 mobile operators across the globe with a reach of 4.5 billion prepaid phone users, Senditoo is quite possibly one of the world’s largest airtime transfer networks.
“For many people living and working away from their home countries – especially in our native continent of Africa – one of their greatest needs is to stay in touch with their relatives and friends and to be up to speed with important developments back home,” Tyaranini explained.
“With mobile phone penetration in Africa standing at around 67 per cent today, there’s clearly a huge need for airtime to keep that flow of conversations going.
“And so we’ve built a platform to help everyone stay connected with their family and friends and to send instant credit to mobile phones wherever they are,” he added.
The idea of starting an online mobile top-up platform crystallised after Tyaranini’s business partner, Soumano, visited relatives in rural Guinea in April, 2015.
“Instead of carrying gifts to offer them, as is customary, Soumano bought some mobile airtime vouchers which he distributed among his relatives and their neighbours.
“Seeing the impact made by that small gift of a few mobile minutes was a lightbulb moment for Ibrahima and when he returned to the UK, we immediately tucked into the idea.
“The result was the birth of Senditoo, which we initially named Ozaremit before rebranding it last October and launching it with a new API that allows us to develop new business-to-business partnerships,” Tyaranini said.
In its short life span, the company has raised well over $350,000 in funding, with $329,690 of that coming as recently as December 2016, led by three French investors – Thibault Launay, Romain Girbal and Célia Grémy. The trio has interests and experience in emerging markets and telecommunications and is involved in several ventures in Africa.Advertisement

The new investment will go towards expanding Senditoo in Africa and position it as the leading airtime transfer service from Europe to the continent. Tyaranini said Senditoo aims to raise more than $2 million in funding in early 2017 to boost its ambitious expansion plans.
Senditoo’s fundraising plans are boosted by the presence of no small amount of investors looking to the African market as the ‘new frontier’ and seeking out viable opportunities to invest in.
According to research by start-ups portal Disrupt Africa, tech start-ups on the continent received a total amount of funding in excess of US$185.7 million in 2015.
And with the airtime transfer market valued at around $3 billion – increasing between 15-20 per cent per year – Senditoo are determined to sink their teeth into a sizeable chunk of it.
For Tyaranini and Soumano, their simple ambition will always be to harness technology to provide practical solutions to society’s problems.
“With Senditoo, we’ve found a way to keep the African conversation flowing, in three easy steps: enter your number on our platform, make a payment and credit is received instantly,” Tyaranini said.
Senditoo are offering a discount of up to $2 for users to try their platform and send airtime to their loved ones.
Just visit www.senditoo.com, follow the given instructions for sending airtime and when prompted, enter the discount code ‘HOME’ to claim your free $2 airtime top-up.