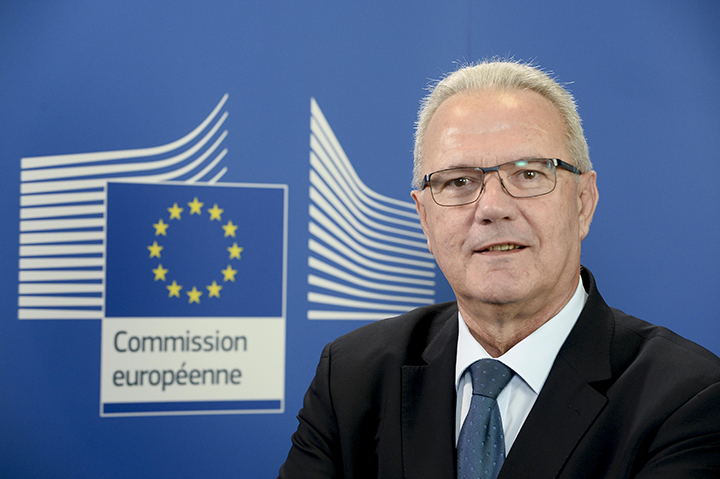 THE European Union (EU) is ready to work with Zimbabwe in resuscitating the economy and the country’s democratisation, visiting Commissioner for Cooperation and Development Neven Mimica said Monday.

Mimica met President Emmerson Mnangagwa before touring EU funded projects in Mbare. He then announced fresh funding for new programmes in the area of health and livelihood.

“We would like to support the political, economic and democratic transition,” he said.

“This is a process the European Union would like to support and accompany the authorities in Zimbabwe. It should start with free and fair election in order to legitimize the government.

“We discussed this with the President (Mnangagwa) and we look positively to the future and the necessary reforms that should open up the space for a new and democratic Zimbabwe.”

Acting Information minister Simon Khaya Moyo said Mnangagwa has called on the EU to “meet anyone they want” in order to get a clear appreciation of the situation in the country,” he said.

“The President is very clear that the elections will be credible, and the President has invited the EU to meet anybody they want because we have nothing to hide.

“It is clear the new dispensation is serious about re-engagement and the EU delegation was impressed by the President’s explanation of the entire situation from the day Operation Restore Legacy was announced.

“In the end the EU was very impressed by what is happening”.

Meanwhile, Mimica the announced EU-funded programmes worth about $23 million set to improve people’s access to health services and enhance their livelihoods.

“I am here to show to the Zimbabwean people and authorities that the EU stands ready to accelerate its support to their transition towards democracy and prosperity,” he said while touring Edith Opperman clinic in Mbare.

“I am also happy to launch new EU support programmes for a total amount of $23 million in the area of health and job creation.

“As Zimbabwe opens a new chapter in its history, we are putting our trust in the authorities to seize this unique opportunity and address the political and economic challenges in the country.

“The majority of the funding announced today ($20.6 million) will be dedicated to ensuring equitable access to quality health services for women and children.”

According to the EU envoy the programmes also aimed at reducing “maternal mortality, as well as halve the prevalence of stunting and reduce the mortality of children under five.”

“It will furthermore aim to fight HIV and AIDS, malaria and other prevalent diseases,” he added.

“In addition, efforts will be made to improve women’s access to safe sexual and reproductive health and rights services.

“The funds will contribute to UN agencies, UNICEF and UNFPA, through the multi donor Health Development Fund.”

The EU according to Mimica will also unveil a program in collaboration with non-governmental organisation Save the Children worth $2.8 million to help grassroots associations work towards improving the livelihoods of 15,000 young women and men.

The Zimbabwe Electoral Commission has already benefitted from an $11 million grant from the EU to prepare for the upcoming elections.