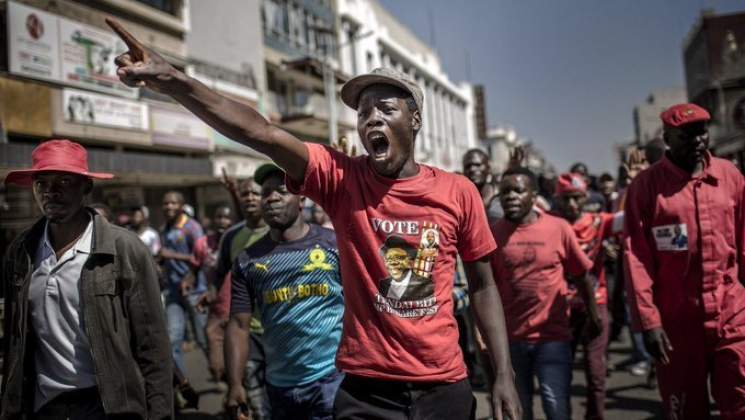 ZAMBIA, at one time an emblem of democracy in the southern African region, provides the best example of transitioning with changes in governance having taken place since the historic unseating of the late Kenneth Kaunda of the United Independence Party (UNIP) by Frederick Chiluba of the Movement of Multiparty Democracy (MMD) in 1991.

Ever since, Zambia has found changing leadership and ruling political parties easy, with UNIP, MMD, the Patriotic Front (PF) and lately, United Party for National Development (UPND) have taken turns to govern Zambia, with some epochs occasioning disastrous circumstances for the copper-rich nation.

After sweeping long-ruling Kaunda aside, the MMD itself fell by the wayside with the Michael Sata-led PF claiming victory in 2011.

Following Sata’s death in 2014, his deputy Guy Scott took over as acting President with Edgar Lungu winning the 2015 general election for the PF.

This history in the change of leadership in Zambia places Zimbabwe’s neighbours in a unique pot as the latter has only had a slight change in governance during the 2009-2013 hiatus provided by the inclusive government that subsisted then. Otherwise, it has always been Zanu PF, whose Zanla military wing had fought in the protracted war of liberation against the white settler regime.

Clearly, the youth constituted the biggest chunk of registered voters in that August general election, which was dominated by two political parties – Lungu’s PF and Hakainde Hichilema’s UPND. 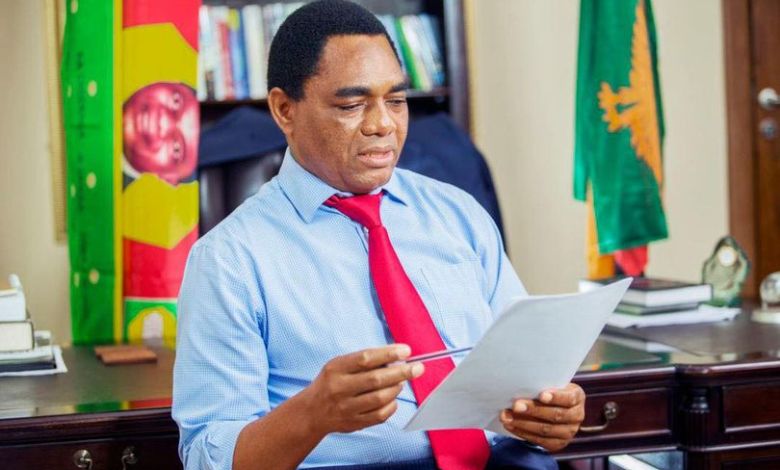 The Zambian general election was held in the context of political tension and sharp economic decline which the country had been experiencing in the last decade in the wake of fluctuations in the price of copper on the international market, the impacts of climate change, high debt and unsustainable fiscal policies, high inflation as well as the misappropriation of public resources, all compounded by the Covid-19 pandemic.

The build-up to the polls was characterised by shrinking democratic space, pockets of violence, misinformation and hate speech among other vices which included a shutdown of the internet.

The major demographic group in this election was the youth who bore the brunt of unemployment.

According to an Amnesty International Report of June 28, 2021, there was an increasingly “brutal crackdown on human rights characterised by brazen attacks on any form of dissent. Opposition leaders, journalists, media houses and activists have all been targeted and speaking out against allegations of government corruption or abuse has become more dangerous”.

Zambia shares a border with Zimbabwe and developments in the former can have a bearing on what happens to their neighbours. However, there is need to explore the different circumstances their former federation counterparts are in as they inch closer to by-elections in March as well as the harmonised elections in 2023 although they have a common component of a large youth age group that could sway the result.

In Zambia, the youth component was registered while the Zimbabwean youth would need to be encouraged to register to vote and participate in the polls to end their continued disengagement from political systems and community development structures.

Ironically, governments that have large youth populations have a tendency of using repressive strategies to include, exclude and repress the youth, especially those in urban areas who are generally considered anti-establishment as opposed to those in rural and peri-urban areas.

This resulted in the limiting of political and civic freedoms earned through restrictive legislation, violence, and other strategies to crack down any form of dissent and protest, thereby delegitimising dissenting voices. The youth have, on the other hand, engaged outside formal institutions, through student unions and youth civil society. This often sets the youth on a collision path with the government which views them as a threat to their hold onto power.

This age group – under 35 years of age – was born after independence in 1980 and is yet to taste, let alone understand the benefits of the war of liberation on which the current political systems are based.

Most liberation armies in countries like Zimbabwe, Mozambique, Ethiopia, Uganda and lately Namibia and to some extent South Africa, have turned themselves into political parties after independence. As such, they have thrived on the liberation narrative for power retention and self-preservation, setting the two groups for an explosive confrontation.

The youths bear the brunt of high levels of unemployment and many of them live on the fringes of economic activity and are not prepared to accept the liberation narrative. On the other hand, the governments are aware of the youth demographic and potential to be game changers and threats to their continued stay in power.

Programmes like the National Youth Service (NYS) that was introduced by the late former president Robert Mugabe together with cultural nationalism and cultural events adopted by former Information tsar Jonathan Moyo were all targeted at re-orienting the youth ideologically. Thus, the galas which mainly used young urban grooves musicians then and revival of liberation war (Chimurenga) songs were attempts to win this age group ideologically through the promotion of Zanu PF ideas around independence, heroes, and unity.

Although the NYS programme was for some time disbanded, urban youths were lured by loans and other programmes targeting their group.

Zanu PF has been a champion of the politics of patronage over the years with membership of or proximity to the party’s Youth League an avenue for accessing power and resources in the party. 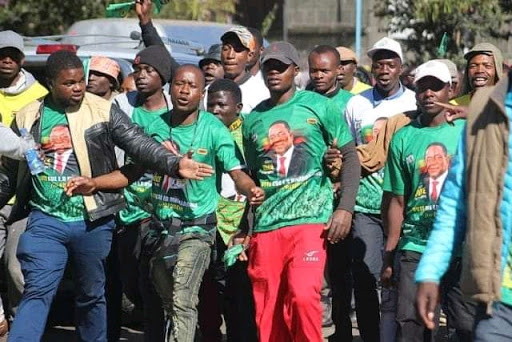 Membership of or proximity to the Zanu PF’s Youth League is now an avenue for accessing power and resources in the party.

The party has not hidden its desire to create a type of youth that aligns with its liberation ideology and has traditionally been used as an intimidation tool by the ruling party.

There is also the Zimbabwe Youth Council, formed in 1997 with the objective of facilitating integration between the youth and the ministry responsible for youths in the country.

Zimbabwe’s students’ unions have also been used in partisan politics with the Zimbabwe National Students Union (ZINASU) at one point the bedrock of opposition politics in the country, being challenged for influence by the ruling party-aligned Zimbabwe Congress of Students Unions (ZICOSU).

Somehow, both the ruling party and the opposition are active in trying to have influence on the youth, a clear admission that they constitute an important part of voters.

What could be important however, is for political parties to continue fighting for electoral reforms so that plebiscites can begin to have their real value in the country.

The youths themselves must be encouraged to register to vote like happened in Zambia.

Thereafter, they should vote so that they play a part in determining their future.