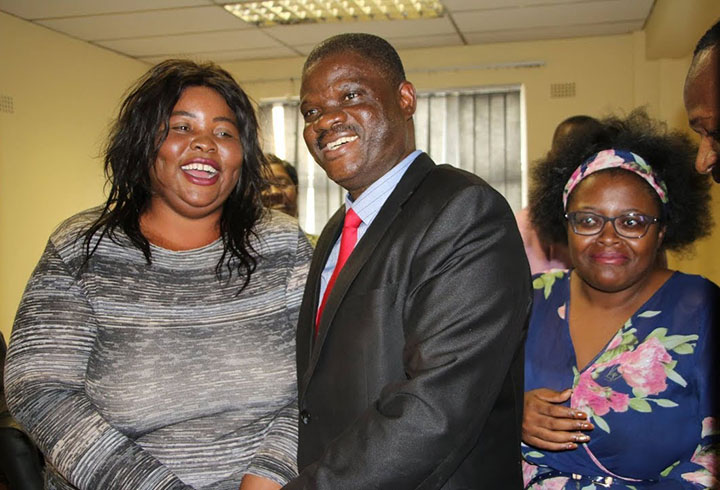 Yvonne Musarurwa one of the three MDC-T activists jailed 20 years for killing a police inspector in 2011 at an MDC-T rally has dumped the main faction led by President Nelson Chamisa to join the Thokozani Khupe camp a month after being pardoned by President Emmerson Mnangagwa.

Musarurwa confirmed the development in a telephone interview with New Zimbabwe.com, from Bulawayo where she is attending the Khupe faction congress which begins in the second largest city this Saturday, citing Constitutional breaches by the Chamisa faction and “principles”.

After almost two years into her time at Chikurubi Female Prison, Musarurwa returned into a storm, where Nelson Chamisa and Thokozani Khupe were fighting over control of the party following the death of founding party leader, Morgan Tsvangirai, who died in February from cancer of the colon.

Khupe was recently fired from the MDC-T by Chamisa after she refused to recognize him as the substantive party leader following his endorsement by the national executive.

The former MDC-T Bulawayo proportional representation legislator and leader of the opposition in the House, however, was adamant she was the legitimate leader of the party and took the matter up with the Constitutional Court challenging her recalling from parliament while she was also challenging the use of the MDC-T name by the Chamisa faction at the High Court in Bulawayo.

But barely two months after getting her freedom, Musarurwa said she believed Khupe was the legitimate leader of the party appointed Acting President by Tsvangirai before his death.

“Yes it is true that I am joining the Khupe team. This is because the Chamisa team has breached several sections of the party’s Constitution and I have decided, as a matter of principle, decided to join Khupe,” she said.

“As you know, I was incarcerated and I am not privy to the politics going on, but what I know is that Mai Khupe was the Deputy President when Save died and I am attending the congress called by the party Acting President,” she said.

“I am not leaving the party, I am still the deputy youth chairperson of the party,” she added.

Musarurwa, together with Tungamirai Madzokere and Last Maengahama were convicted for stoning police Inspector Petros Mutedzi to death during an MDC-T rally in Glen View in May 2011 while officer was on duty.