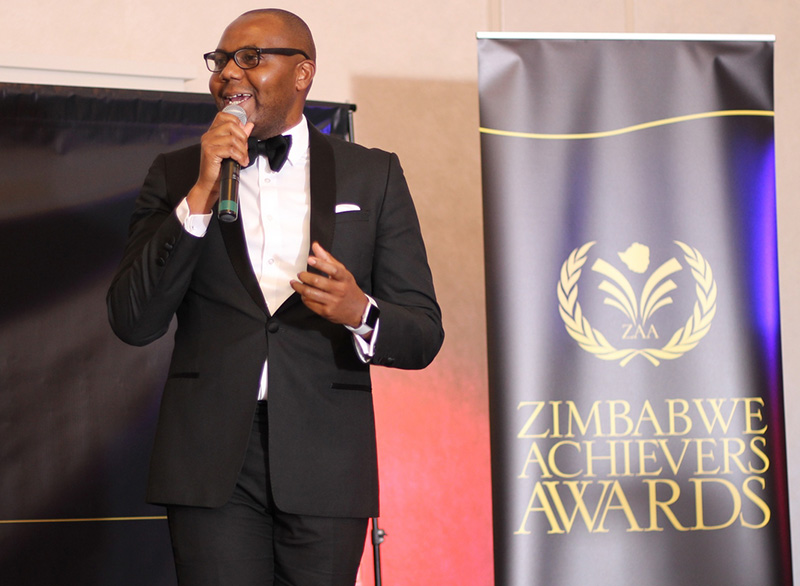 Rising stand-up comedian, Alfred Kainga, was among the top winners at this year’s edition of the Zim Achievers USA awards ceremony held in Washington over the weekend.

The ceremony, which recognised young achievers excelling in various sectors that include sport and business, also celebrated several academics and businessmen, including the late Jack Ramsey whose contributions to the game of basketball were recognised globally.

His foundation, Africa Outreach, also received the Chairman’s Honorary Award for services to the community. His grandchildren accepted the award.

He also encouraged them to be innovative and to keep working hard to achieve their goals and ambitions.

Other speakers on the night included Dr Reggies Wenyika and Mtimandze Group Chairman and CEO Muzi Kunene, who commended the work that Zimbabweans are doing and praised them for celebrating each other.

African Union ambassador to the United States, Dr. Arikana Chihombori- Qao, who also attended the ceremony, urged guests to rise up and be united in helping restore the southern African nation.

Former ZBC presenter, Maimba Mapuranga was awarded the Ambassador Award for his work with Celebrate the Children. He dedicated it to all the underprivileged children in Zimbabwe.

The event this year was proudly sponsored by fintech company, WorldRemit. The enterprise is this year’s global sponsor and has sponsored the South African and UK versions as well.

ZAA USA director, Faith Banda extended her thanks to the sponsors for their continued support and congratulated all the nominees and winners.

“The Zim Achievers process continues to surprise us each year,” she said.

“We get to recognise and celebrate the hard work and achievements of Zimbabweans who are excelling in the US in their various disciplines and we thank the public for helping us highlight the magnificent work that they are all doing.”

“We are committed to community engagement and we are thrilled that the Zimbabwean community is growing in the US,” Banda added.

Meanwhile, nominations for the Australian edition are now open. The awards ceremony will take place on 24 November 2018 at the Marriott Hotel in Melbourne. To nominate visit www.zimachievers.com/aus/nomination-form/

Now a permanent fixture on the Zimbabwean community calendar, the awards are now in four countries. There are also plans in the pipeline to introduce a Canadian version of the awards soon.

Business of the Year
Zim Tuckshop

Professional of the Year
Phillip Bamu

Personality of the Year
Simba Usore

Event of the Year
Women of Dominion

Community Organization of the Year
Women of Dominion