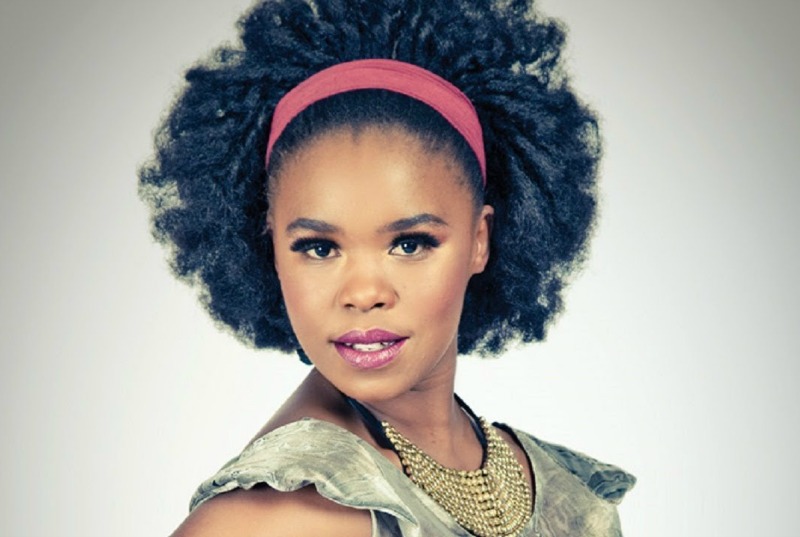 When she looks in the mirror, she no longer sees a country bumpkin who turned to the bottle when the flames of fame burned too brightly. Instead, she sees a fierce lioness whose battles have taught her to be brave, her scars symbols of her strength.

It’s a new year and Zahara wants the world to know she’s starting it with a clean slate – single, independent and ready to take on the world. “I love the woman I’ve become,” she tells DRUM.

“Nothing really bothers me. I have been criticised, hurt and labelled all sorts of things but I continue to stand firm because I know my purpose – to heal people through my music. That makes me sleep at night.

Zahara, real name Bulelwa Mkutukana, is relaxing with her manager and cousin, Oyama Dyosiba, on the couch at her modest home in Little Falls, Johannesburg, on a rainy Friday when we catch up.

The pair are watching music videos the Loliwe singer released in the early days of her career. Her eyes water when she thinks about her journey.

There was a time she was broke and bullied for everything, from boozing to her looks. Now she’s the first South African musician to sign a concert residency deal with Emperors Palace hotel.

“With Emperors, I basically do what Celine Dion did in Las Vegas,” says Zahara, who started her residency in November. The coveted deal will see her perform at the luxury resort chains all over the world for the next five years. “I’m sorted for many years to come, darling.” She’s living the high life, yet she says it can get lonely at the top.

“Dating hasn’t been easy. I’m Zahara, for crying out loud.”

Last year the 31-year-old broke up with her boyfriend Ian Sihle (25). She doesn’t want to delve into the details, but reveals their relationship taught her a few tough lessons. “He was a lovely guy, but that’s not enough,” she says. “I won’t explain too much but love alone was just not enough. To say, ‘I love you’ does not matter, I need actions – show me.

“A guy doesn’t have to show me with money. I never needed anything from anyone. I don’t need a holiday, just show me you love me.”

She’d hoped to marry Ian, a motivational speaker she met through her cousin at a New Year’s Eve braai in 2017, but the Afropop sensation called it quits when it dawned on her he wasn’t the man for her. “I realised I was dating a fan.”

Zahara handled the break-up with dignity, deleting pictures of her ex-boyfriend from her social-media platforms while quietly nursing her broken heart. “I’m not saying I’m perfect, but I don’t cheat; I am respectful,” she says.

“As I grow older, I’m learning more about what I want in a relationship. I’m looking for a king to balance me.” Now that she’s back in the dating game she wants someone who accepts her.

“I am Zahara, a creative, a healer through music and no one can change that. It’s God’s purpose for me.” Her manager nods. “At the beginning of last year, I told her to get rid of any toxic relationships. She’s now a lioness on the loose, looking for a prince or a king,” Oyama says.

“And I won’t settle for less than what I deserve,” the singer adds.

“Many kings want me, but I am weighing my options. I’d rather wait for Mr Right because I’ve been burnt dating fans.”

She’s a woman who knows what she wants. Zahara took TS Records to court last year for allegedly underpaying her for record sales, performances and royalties. She claims she was virtually penniless while working with her former record company, but the owners denied the allegations in a statement.

“The case is still pending. I’m not backing down,” she tells us.

“I write my own songs and play my own guitar, but I wasn’t making money. So I decided to take them on. Some of the people, whose names I won’t mention, have come and apologised. I forgave them but I still want my money.”

Zahara has taken control of her career as an independent artist under her record company Zahara Army. “As soon as people heard I was independent, they started approaching me. Oyama manages my bookings and travel but I negotiate my own deals now.”

She’s had a few raw deals in the past, but she’s doing it for herself now. “At the height of my career I was willing to give it all up and go home because I thought I wasn’t good enough. My mother told me to hang in there. My family supported me all the way,” she says. “Today I don’t ask myself what my purpose is. It hurts when people say negative things because I am human, but my purpose is bigger than their opinions on my hair or my dress code.”

When Zahara launched her legal battle against her old record label she worried she’d be labelled a troublemaker. She was also concerned she wouldn’t get bookings and her music wouldn’t receive any airplay. “But I soldiered on. I had to make peace so I can move on. Other artists fall into depression, others take drugs. I’d finish a bottle of red wine. But I realised that’s not a way to solve problems.

“That is when I decided to speak up . .  . After the drama, it’s like all the doors opened. I got the biggest deal of my life and bookings flooded in.”

Zahara stopped drinking for a few months “after realising I was drinking for the wrong reason, but I do enjoy a glass of champagne now and then”, she says. She has much to toast. The award-winning singer toured New York and the UK last year and spent three months living in Canada. She last released an album back in 2017, “but I’m still booked and busy”.

“Sometimes all one needs is to speak up and be healed,” she says. Apart from her lucrative residency deal, she has big plans to set stages alight in the UK, Canada and the US.

“I’ll also be collaborating with one of the biggest international artists from Canada. I can’t say who now, but it will be the biggest surprise.

“2020 is mine, honey.” Last year taught her to take ownership of her music. “I’m responsible for my talent. I’ve I also learnt a good lesson with love because maybe I started dating late and was inexperienced,” Zahara says. “Now I know to put my needs first.”