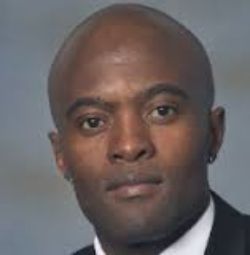 THE Zimbabwe International Film and Festival Trust (ZIFFT) will on Friday host Mnet’s Zambezi Magic boss Addiel Dzinoreva who will discuss with local producers the best possible ways to use this recently launched channel to contribute their own content.
The channel was launched on July 1 with a goal to promote Southern African countries’ content.
Since its inception, the channel has been airing South African soaps Generations, Muvhango, Isidingo, Zone 14, Jacob’s Cross and The Kool Roc Show, a Zambian lifestyle Magazine show.
ZIFFT Founder and Executive Director, Nigel Munyati said they were delighted to host Dzinoreva.
“Hosting Dzinoreva pleases ZIFFT for it sheds hope that very soon there will be content produced by Zimbabweans too on Zambezi channel. His visit also substantiates the Trust’s efforts to promote local film production.
“For a long time Zimbabweans, who subscribe to DSTV, have been looking forward to the day when they can watch local films on this platform.
“ZIFFT urges local filmmakers to utilise this prospect. It will promote local content internationally and trigger growth of the industry,” said Munyati.
This comes at a time when ZIFFT is preparing host this year’s edition of the Zimbabwe International Film Festival.
The eight-day annual festival will run from October 3 to 10 at various venues in Harare and around the country.
The festival will run under the theme “Documation”, a play on Documentary and Animation, with the festival paying particular attention to these two genres but will also feature other genres.
“The theme is intended to encourage Zimbabweans to appreciate the essence of our national heritage, past and present, and use these film forms to capture and archive it for posterity, and help fulfil ZIFFT’s vision of “a society that enjoys and celebrates a dynamic film culture,” said Munyati.
Set to run concurrently with the festival are the popular Short Film Programme (SFP), Outreach to Educate, Film Forum and The Innovation Hub (I-HUB).
“I-HUB is designed to re-establish ZIFFT as the ‘HUB’ of film in Zimbabwe. This involves both programmatic innovation, and renovation/expansion of physical structures and technological infrastructure to make ZIFFT the place where Zimbabweans go to find inspiration and entertainment in film.Advertisement

It brings together dynamic and forward thinkers in anticipating the future of film,” he said.
Established in 1997, the ZIFFT has distinguished itself as a significant promoter of film in Zimbabwean and around the African continent.