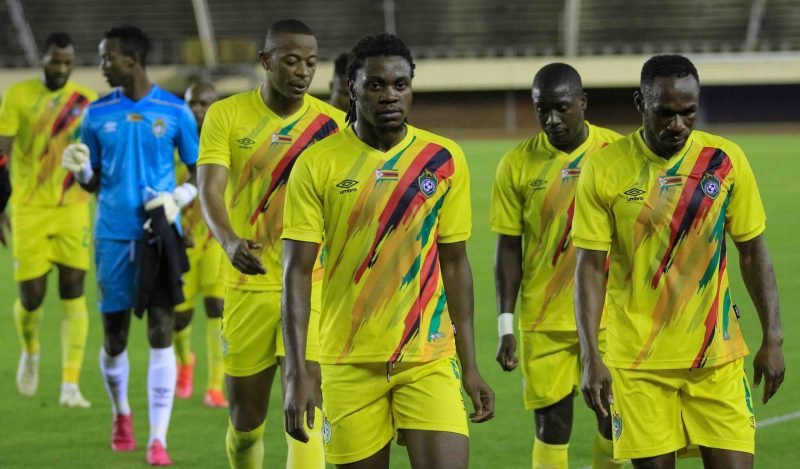 ZIMBABWE finished their successful 2021 Africa Cup of Nations (AFCON) qualifying campaign on a sour note after losing to Zambia in their Group H dead rubber encounter at the National Sports Stadium on Monday night.

Red hot Chipolopolo forward Partson Daka was the star of the show after scoring on either side of the half against a largely weakened Warriors side after head coach Zdravko Logarusic rested most of his key players.

Daka broke the deadlock after capitalising on an error by defender Alec Mudimu on 20 minutes before he completed his brace with an injury time tap in as Zambia got their revenge against the Warriors.

Zimbabwe went into the match having already qualified for the rescheduled Afcon finals to be hosted by Cameroon next January which meant the Warriors coach Zdravko Logarusic made eight changes from the side which beat Botswana away last Thursday.

The lack of experience in the Warriors starting line-up was evident right from the onset as Zambia dominated the possession while the hosts struggled to with their rhythm with several stray passes and poor first touches.

Zambia were rewarded for their good start as they took the lead in the 20th minute after Daka took full advantage of Mudimu’s failure to deal with Enock Mwepu’s low cross inside the box to slot the ball past Martin Mapisa in goal for the Warriors.

The visitors almost doubled their advantage three minutes into the second half but Daka shot inches wide of the left post from close range with Mapisa nowhere in sight.

Zambia’s missed opportunity appeared to stir some life into the Zimbabwe attack.

Warriors right back Takudzwa Chimwemwe’s cross found no takers in the Zambian box while stand-in captain Ovidy Karuru decided to cross the ball instead of testing the goalkeeper after racing clear inside the box.

Zimbabwe had another opportunity in the 72nd minute when Tafadzwa Rusike’s long range strike was deflected just wide of goal.

Logarusic introduced winger Kuda Mahachi later on in search of the equaliser but it was the Zambians who continued to create the clearer cut chances.

They almost doubled their lead late on, first when Daka’s effort was ruled out for offside while Rodrick Kabwe’s long range effort went just wide of the right post.

Chipolopolo however finished off the match as a contest in injury time when Daka completed his brace with a tap in finish from another Mwepu assist from the right flank to seal a comfortable consolation win.

Zambia’s win ensured they finished third on the log behind log leaders Algeria and second placed Zimbabwe and above Botswana, who ended the campaign with a humiliating 5-0 loss in Algeria.