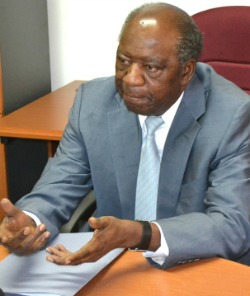 ZAMBIA’S economy is likely to grow by 6 percent this year, falling short of its 7 percent target as a decline in copper prices constrains expansion, the country’s finance minister said on Sunday.
Alexander Chikwanda also said at a media briefing that end-2013 inflation would exceed Zambia’s 6 percent target.
Zambia, Africa’s top copper producer, is feeling the impact of lower copper prices as demand for the metal has been hit by a sluggish global growth.
“This price level for most of our mines is not very good because their costs are higher,” Chikwanda said.
Chikwanda also said Zambia’s budget deficit now stands at 5 percent of GDP, beyond a 4.3 percent target, largely due to delays in scrapping a fuel subsidy and increased pay for government workersAdvertisement