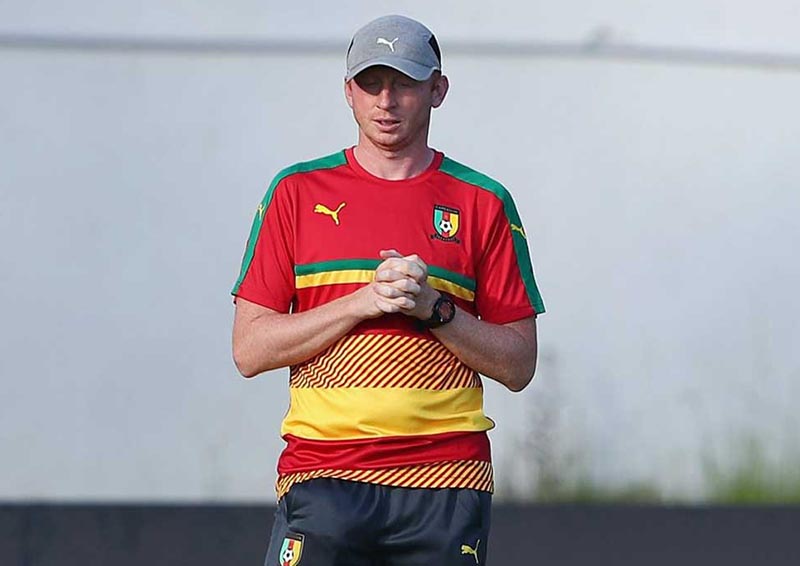 Belgian Sven Vandenbroeck, the assistant coach of the Cameroon team that won the 2017 Africa Cup of Nations, has been named Zambia coach in succession to Wedson Nyirenda.

A national football association official in Lusaka confirmed the appointment of Vandenbroeck, but gave no details regarding the length or value of the contract.

Vandenbroeck and head coach and fellow Belgian Hugo Broos were fired after Cameroon fared poorly at the Confederation Cup last year and failed to qualify for the 2018 World Cup.

His first competitive challenge with Zambia comes in September when the “Chipolopolo” (Copper Bullets) visit Namibia for a 2019 Cup of Nations matchday 2 qualifier.

This match will place huge pressure on Vandenbroeck as Zambia made a disastrous start in the four-team group, losing at home against Mozambique.

Guinea-Bissau complete Group K and the winners and runners-up after six matches qualify for the 2019 tournament in Cameroon.

Vandenbroeck assisted Broos when long shots Cameroon were crowned African champions last year, coming from behind in the final to beat Egypt 2-1 in Gabon.

The tall, sandy-haired 38-year-old has been tasked with not only taking Zambia to the next Cup of Nations, but also to the 2022 World Cup in Qatar.

Zambia, the shock 2012 Cup of Nations winners, are currently ranked 16 in Africa and 76 in the world.