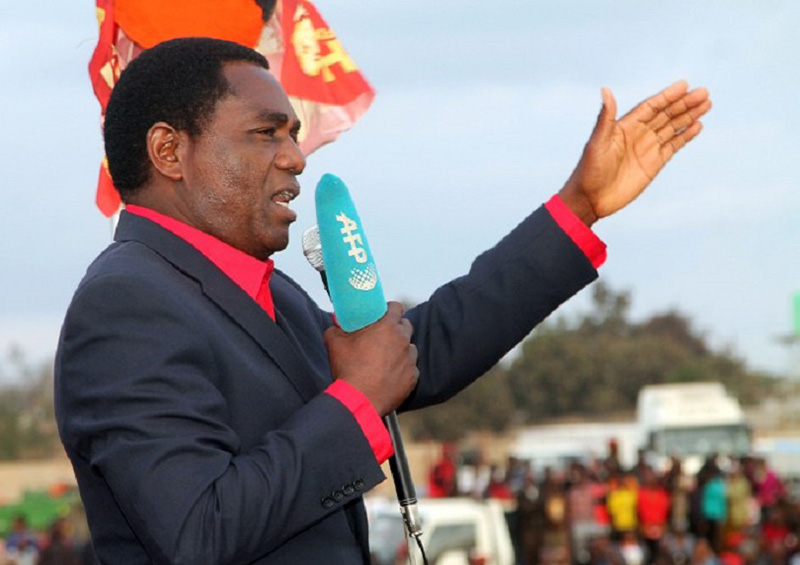 Zambian police on Tuesday questioned opposition leader Hakainde Hichilema for allegedly fuelling attacks on Chinese nationals, in a sign of growing political tension in the country.

Hichilema, of the United Party for National Development (UPND) party, was last year detained for four months for alleged treason in a case that many critics said was politically motivated.

Hichilema has repeatedly challenged the result of the 2016 election, which he lost to President Edgar Lungu.

Some Chinese businesses were looted in the protests, as well as scores of protesters arrested.

Anti-Chinese sentiment in Zambia has grown over lucrative contracts being awarded to China and government borrowing from Beijing.

“He has been cautioned for sedition,” Katanga told AFP. “In an interview aired by SUN-FM he alleged that government has sold Zaffico to the Chinese when in fact it has not.

“His statement caused discontent among residents and caused riots targeted at the Chinese. He has been warned to not incite ethnicity attacks.”

Hichilema was accompanied to the police station in the Copperbelt capital Ndola by party deputy Geoffrey Mwamba, a team of lawyers and Chishimba Kambwili, a Lungu critic from the ruling Patriotic Front (PF) party.

Jack Mwiimbu, Hichilema’s lawyer, told AFP that his client that was released after questioning, declining to elaborate.

Police barricaded the entrance to the police station and stopped scores of party supporters from entering the building.

President Lungu has been accused of piling up foreign debt and cracking down on dissent since winning the election.