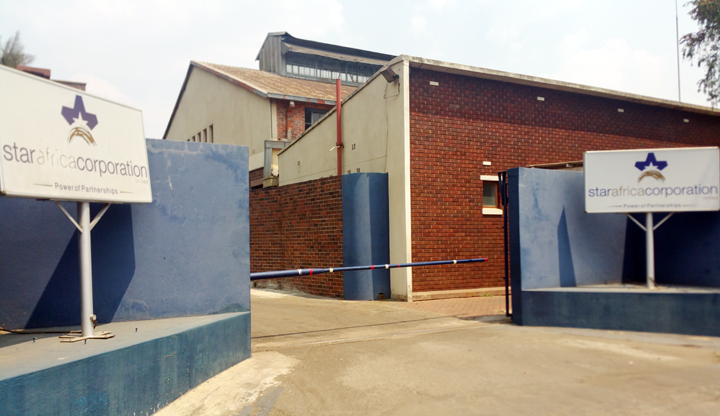 HARARE: Zimbabwe Asset Management Company (Zamco) has agreed to purchase Star Africa’s $32,7 million liabilities in a debt-equity swap arrangement that will give the asset manager about 50 percent control of the sugar manufacturer.
Zamco is a special purpose vehicle set up by government in 2014 to purchase non-performing loans from banks and clean their balance sheets. It has previously also purchased bad debts from resources group RioZim, apart from those of financial institutions.
Star Africa owes BancABC $15,8 million, Afreximbank $10,9 million and the Infrastructure Bank of Zimbabwe $2,1 million. It also owes the now defunct AfrAsia Bank Zimbabwe $2,5 million and Stanbic Zambia and Intermarket Bank Zambia $600,000 and $659,000 respectively.
The debt-equity swap arrangement is expected to be approved by shareholders at the company’s extraordinary general meeting to be held on November 17.
The conversion price will be $0,0125 per share, and will give Zamco a 48,43 percent stake, making it the largest shareholder in the firm.
“Star Africa will issue to ZAMCO cumulative, convertible, secured, redeemable Preference shares with a tenure of 8 years and a coupon rate of 7 percent per annum payable quarterly in arrears. The preference shares are redeemable or convertible into ordinary shares of Star Africa after 8 years,” said Star Africa in a statement on Thursday.
Star Africa also proposed conversion of other debts into shares.
Starafrica owes concurrent creditors $14,4 million with statutory creditors being owed $5,2 million.
“The $5,258,724 owed to Statutory creditors will be restructured on terms agreed on a bilateral basis. For the other Concurrent creditors Star Africa will enter into a scheme where concurrent creditors will be issued with a 5-year, 7% loan that will be convertible into Star Africa shares at the option of the holder, ” said the company
National Social Security Authority conversion price will be $0,0075 per share and Concurrent creditors amounting to $9 million will be $0,0125.
The State-owned pension fund will increase its shareholding from 24.08 percent to 30.70 percent under the new arrangement. Concurrent creditors will own 13.58 percent while the current Star Africa shareholders will remain with 7.29 percent.
NSSA has also agreed to also lend Star Africa $1,5 million working capital to refurbish the remaining 40 percent of its Harare Refinery.Advertisement

The refurbishment is expected to be completed by year end.
It is currently owed $10 million, which along with the $1,5 million, will be consolidated into a new single loan.
Star Africa’s Harare Refinery and immovable properties at its head office will be used as security for the loan.
In 2012, NSSA loaned Star Africa $7 million for the refurbishment of 60 percent of its Harare Refinery, an arrangement which also gave the pension fund part ownership of the plant. But the commissioning was delayed and Star Africa has agreed to pay NSSA $3,7 in lost interest earnings and to cap such money at $10 million.
The two parties also proposed to defer all money due to NSSA for six months from the date of registering the scheme at the High Court.
“NSSA and Star Africa have agreed to cap the principle and the lost value to a maximum amount of $10,000,000,” said the company in a statement.
Star Africa will also receive another $1 million in working capital from BancABC, which at an interest rate of nine percent per annum, will become payable after six months of the scheme agreement.
Capital loans will result in an increase of borrowings to $40 million from $37,1 million.
The company also proposed a scheme with employees to settle wage and salaries in 16 months at a rate of 50 percent of the monthly arrears per month.
Meanwhile, refined sugar (monthly) production has increased to 5,085 tonnes in September from 1,120 tonnes in April.