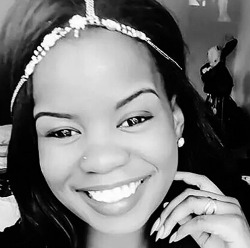 IT is with grave sadness that I learnt of the death of Zanele Moyo, the daughter of ZANU PF’s spin doctor Professor Jonathan Moyo.
When a baby is born, well wishers abound to shower the happy parents with gifts or to simply say, “Makorokoto, congratulations, amhlophe”. The parents respond by saying, “Ndeedu tose” if in Shona; “Abonakele” in isiNdebele or a simple “Thank you” if in English.
Of the three responses, I love the Shona one best; it recognises and acknowledges the spirit of ‘Ubuntu- I am because you are.’ In a village set up, the family does not rejoice alone when a child is born into the village, the concept of nucleus families is not known in a village. The birth of a child is a unifying event; the opposite is also true with death. We mourn the loss of a life in another family as if death has deprived our own nucleus family of a member. It matters not what fame and fortune one may have acquired, in birth and in death we are all made equal. The Bible says, in Job 1:21 “Naked I came from my mother’s womb and naked shall I return thither”.
Some insensitive politicians like to seize the opportunity to call for people to rally behind them and to insult other political parties or “unfriendly” governments at burial ceremonies. I feel compelled to say what is in my heart, at the risk of being thrown in with this group of uncaring people.
I am reliably informed that nothing hurts a parent more than the death of a child. As a mother, I can but fathom the pain. I don’t know what it is like to lose a child, but I know what it is like to have one. After my first child was born, I experienced what doctors term, ‘post-natal depression’ on day four of her arrival. I remember vividly all the emotions that ran through my mind on that day that led to the heavy feeling which almost amounted to guilt. Guilty was I of bringing a child into this world whose destiny I have absolutely no control over. On that day, my focus changed. All the things that previously seemed important to me, suddenly lost meaning, I began to live for her (and her siblings after they arrived); suddenly it was allabout her, and in later years all about them.
Professor Moyo’s touching words in informing the nation of the tragedy that has befallen the family reflect the same feeling as a parent, “God’s people, my angel daughter Zanele is no more”. Forgive me for saying this but the first thing that came to my mind was, “so he is human after all.”Advertisement

Although I am a politician, I am a mother first and everything else second. My children, though they all live, died many years ago.  They died the day they were denied their birthright by a Zanu PF government that imposes itself on them and denies them their constitutional right to benefit from the country’s vast wealth and opportunities.
I lament the fact that my children can only enjoy the benefits of a good life as second class citizens of some foreign land. The future that we fought for is here, but is selectively distributed. What the Moyo family is going through now, what they are feeling today is, in my view, as hurtful as what many parents feel on a day to day basis as they watch their children breathing freely, but for all intents and purposes being dead to all the joys of living. Imagine the doctor telling you that they can’t find a cure for the sores on your arm and that they will have to amputate the limb to avoid having the disease spread to other parts, then comes the most shattering news, “We will amputate you one finger at a time and slowly advance until we are done.”  This is the pain that most Zimbabwean parents endure, with no real end in sight.
In 2012, Professor Welshman Ncube lost his then 19 year old son who was studying Law at a University in South Africa. I bring this up only because I could not help but notice the similarity in their set of circumstances and I apologise if I am opening up some healed wounds in some family members.
Jonathan Moyo and Welshman Ncube are both professors of Ndebele origin who have turned to politics out of a profound desire to make a difference for the better in the lives of many. While they are fighting from different corners, they purport to be fighting the same war. The late, young Ncube was following in his father’s footsteps; no doubt Zimbabwe would have one day benefited from yet another brilliant lawyer, after his father’s kind. The circumstances surrounding his death were and still remain a mystery to most of us. The fateful event was accepted by the family with deep hurt and sorrow similar to what the Moyos are feeling today. The late, young MaMoyo was studying International Relations at Cape Town University in South Africa; no doubt she would have made a brilliant politician, I would like to say after her father’s kind, but I would not be true to myself. In my humble view, a good politician is one who considers all men as equal and is fair and just in his implementation of government (national) policy.
This brings me to the essential difference between the two professors, while they are fighting the same war, they are fighting different battles.
Professor Welshman Ncube has been very consistent in his stand for fairness and justice. Even when some say the opposite he will stand on the basis of principle.  Professor Jonathan Moyo, on the other hand, appears not to believe in servant leadership, preferring to sing his master’s praises and creating opportunities to do so where none are present. His fight is not for the masses, but for the first family. The spirit of Ubuntu has been exchanged in favour of personal glory and recognition by the master. Professor Welshman Ncube could have easily thrown in the towel after losing his son but he stayed the course for the benefit of the village child, whose parents are of few means.  My prayer is that, this heavy cross will soften the Professor Jonathan Moyo’s heart and that he will now understand the pain we suffer as we watch our children waste away. I hope that he will soldier on with the resolve to exercise fairness in distributing the country’s resources amongst all our children. It is not our desire that our children are banished to foreign lands, they go out there because they are ostracized for choosing not to belong to Zanu PF. It is not an accident either that they were born Zimbabwean.  To violate their rights is to violate God’s design.
Ironically it is because of his government’s failed policies that Zanele had to go and study so far away from home. As a doctor of spin, I imagine Professor Jonathan Moyo was about to tell NUST students how lucky they were to have the benefit of a good education at one of the country’s best institutions.
I speak for multitudes who suffer in silence when I say, “give our ‘Angel’ children equal opportunities.  My wish for my children is the same as your wish for yours, simply, a brighter tomorrow.
I would like to end by quoting Shakespeare in his play, “The Merchant of Venice”. Shylock, a Jew, declares what he is (a Jew) and proceeds to pose some soul-searching questions, “Hath not a Jew eyes? Hath not a Jew hands, organs, dimensions, senses, affections, passions; fed with the same food, hurt with the same weapons, subject to the same diseases, heal’d by the same means, warm’d and cool’d by the same winter and summer as a Christian is? If you prick us do we not bleed?
Makorokoto ayiva edu tose, musi wekuzvarwa kwaZanele, vana ndevedu tose, nayizvozvo suyo nderedu tose. Tino chema pamwechete nemhuri yekwaMoyo, tinoti  mwana ngaazorore murunyararo, Mwari  vanyaradze hama ne shamwari.