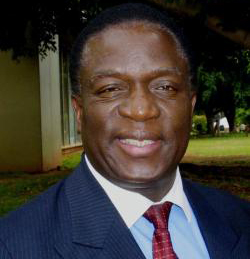 THE Zanu PF national congress is here, probably the last congress for the party’s first secretary Robert Mugabe. The much awaited congress which had been viewed by many as not just a congress, but a transitional congress (though not elective) is likely to seal Zanu PF’s succession battle.
The road to this congress has been boisterous, melodramatic coupled with shocks and surprises as, and since the beginning of the year, it had seemed that the embattled vice president Joice Mujuru was tipped to succeed Mugabe.  With the backing of nine provinces, and the fact that she was the second secretary and vice president of the country, punters had already put their biggest bet on Mujuru to lead Zanu PF after Mugabe.
It is this false postulation or rather miscalculation on Mujuru that backfired on her after failing to understand the political dynamics in her party. The notion that she was going to be the automatic successor to Mugabe by virtue of being vice president and, possibly, the false assumption of popularity in the structures in Zanu PF was ill-informed.
Those who had put their money on Mujuru, including the privately-owned media had ruled out Justice Minister Emmerson Mnangagwa in the succession race because his alleged backers had been thumped in the controversial elections that saw him losing control of nine of the ten provinces of Zanu PF.
Rekindling the Memory of 2004
Rewinding the clock ten years back, Mnangagwa, the preferred choice by the provinces in 2004, was made to eat a humble pie after Mugabe controversially amended the Zanu PF constitution to pave way for Mujuru. Six of Zanu PF’s provincial chairpersons aligned to Mnangagwa were suspended and equally accused of trying to topple the Zanu PF presidium.
In the process, Mnangagwa failed to get the vice presidency with Mujuru assuming the post at the benevolence of Mugabe. The biggest lesson that came out that time was that in Zanu PF, one does not necessarily have to be popular amongst the structures to get to the top but rather, it is one’s loyalty to the president that mattered. Almost ten years down the line, history has repeated itself and Mujuru, despite the backing of nine provinces has suffered the same fate.  Her allies have been purged and now face serious treason charges.Advertisement