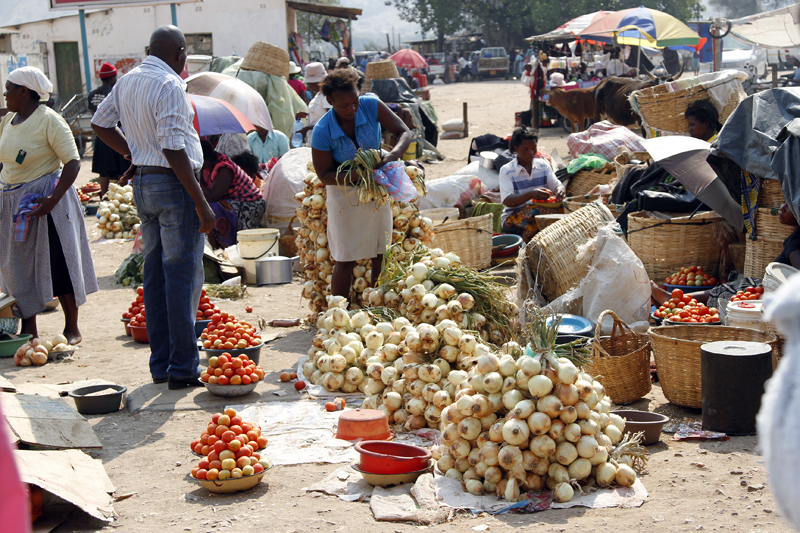 A showdown  between Bulawayo City Council and Zanu PF aligned vendors is  looming following the former‘s decision to get rid of all informal traders in the Central Business District (CBD).

The local authority has been battling to evict ruling party aligned informal traders who have besieged the city.

Bulawayo City Council on Friday issued a strong warning to illegal and violent vendors who are breaking council by –laws.

“The city of Bulawayo would like to advise all stakeholders that it will be conducting an exercise to rid the city of all unauthorized activities with effect from Wednesday 11th January.

“All persons conducting unauthorized informal trading on undesignated sites, pavements, roadways, washing of cars, repairing of vehicles, illegal pick up points by private vehicles, commuter omnibuses and buses, delivery of farm produce and other products onto the streets, push carts, heavy commercial vehicles in the Central Business District, illegal throwing and dumping of garbage  or litter are given up to Tuesday 10 January 2023 to cease their illegal activities,” said the city’s Town Clerk, Christopher Dube, in a statement.

The Town Clerk advised all informal traders in the city to regularise their vending papers so as to avoid being caught in the impending blitz.

“The city has designated informal trading sites in the CBD and suburban areas. All those who are interested in trading in the authorised sites are advised to visit the city of Bulawayo vending offices at former Dugmore Clinic offices along Basch Street for registration and licensing.

“The city encourages trading at designated sites in terms of the municipal by –laws. This fosters peace, cleanliness and control of all informal trading activities through associations which have memoranda of Understanding (MOU) with the city,” said Dube, warning that offenders will be prosecuted.

Council has lined up a number of engagement meetings next week Monday and Tuesday with various stakeholders including political parties, bus operators and the business community in preparation of the mammoth operation.

In their last council meeting, the city fathers resolved to forcibly remove the vendors.