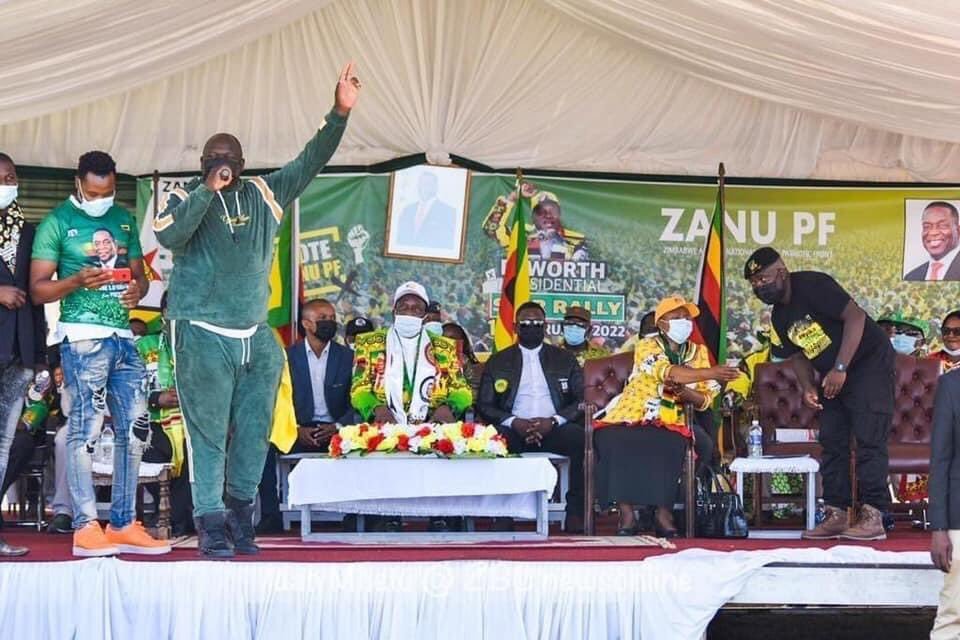 ZANU PF has leapt to the defence of Zim Dancehall pioneering record label, Chillspot Records, after it came under heavy criticism for performing at the ruling party’s Saturday star rally in Epworth.

Producers Fantan and Levels led a team of artistes who entertained Zanu PF supporters at the rally, addressed by President Emmerson Mnangagwa.

Their decision to market and perform has however divided opinion with many accusing them of siding with the oppressor.

“When one decides to side with the oppressor, the oppressed are bound to react. In the days of the liberation war, such people like Fantan who betrayed the struggle, faced a painful death,” said Luckson Chinanga, one of the many Twitter users against their decision.

Fantan and Levels were paid for their appearance.

“People should allow artists to thrive.”

Zanu PF is alleged to have set aside funds for influential young celebrities like Fantan, Passion Java and DJ Towers to help support the party’s in the upcoming by-elections and 2023 plebiscite.

#CancelChillspot is currently trending after Fantan and his crew openly endorsed Zanu PF, going as far as thanking Mnangagwa for “the good roads he is building”.

Nick Mangwana, Information Ministry permanent secretary said he was surprised by the level of intolerance displayed after Chillspot’s performance.

“I have seen some scathing attacks against Fantan and others who attended some political function. This astounding attacks betrayed serious intolerance issues among those who falsely claim to advocate for human rights and democracy. Some of these are just self-serving cyber-bullies,” said Mangwana.