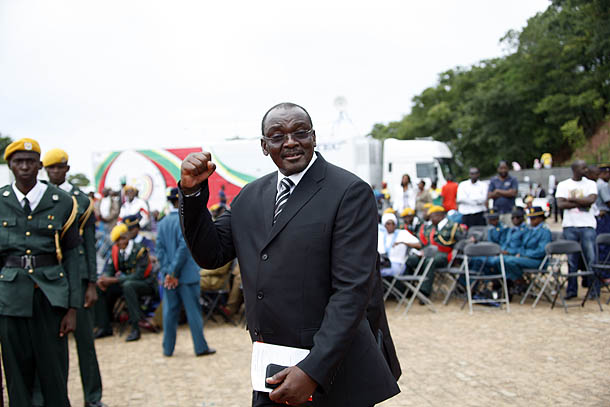 ZANU PF’s emergency structures audit which took place Saturday left party leaders deeply worried after very few people turned up for the cell verification process while in some places it failed to take place at all.

President Emmerson Mnangagwa ordered an audit of the faction-riddled ruling party as fears grow that a humiliating loss may be in the office at next year’s general elections.

Sources from across the country said the exercise was marred by poor turnout.

The situation was worse in Beitbridge where the party’s co-vice president Kembo Mohadi was forced to cancel the event after members failed to come, giving the impression that the party has significantly lost popularity.

In Beitbridge, party members stayed away from the cell audit, leaving Mohadi seething with anger and demanding unity among officials.

“We will be back here on July 2 and I want to see an improvement,” Mohadi charged.

“On that day I want to see faces and not just a register. It’s just one day and we must show commitment. I am disappointed with this lack of commitment. We need unity and cohesion within the party. Cells should develop into branches to show there is growth within the party.”

The poor turnout was also recorded in other parts of the country such as Bikita, Hurungwe, Chivhu, Gwanda, Mutare, Chiredzi, Chipinge, Chegutu and Kadoma.

In Gwanda High the meeting had to be cancelled after just five people turned up.

In some districts, the cell audit meetings had to be cancelled after people failed to show up.

A snap survey in Harare revealed that many residents were mainly concerned with pushing their daily activities, including vending while there was no clear position on the venues where the meetings would be conducted.

“The challenge is with the leadership. People are wondering whether the new leaders have the capacity to mobilise people and even convince ordinary people to join Zanu PF,” a Zanu PF source said.

Ruling party supporters were also forced to start door-to-door campaigns as they tried to mobilise people to attend the cell meetings.

Cecil Kashiri, the MP for Magunje, said they were forced to start their exercise well after lunch as “most cell party members are communal farmers, who had to attend to their fields first.”

“You said all those who don’t have IDs must come together and you get their names to the councillor so that they get IDs,” Mnangagwa said.

“I am saying as the most senior member in the cell, that once you have all those who don’t have IDs tell me so that I can send a team that will give them registration here.

In a bid to garner five million votes in the 2023 polls to ensure an outright win and avoid a run-off, Zanu PF is pushing a voter registration drive by assisting its supporters to obtain ID cards.

The opposition has said most of its supporters in urban areas were finding it difficult to get IDs, a key requirement during voter registration.

The audit in Bulawayo was also characterised by a poor turnout amid indications that some party members had difficulties identifying the cells they belonged to.