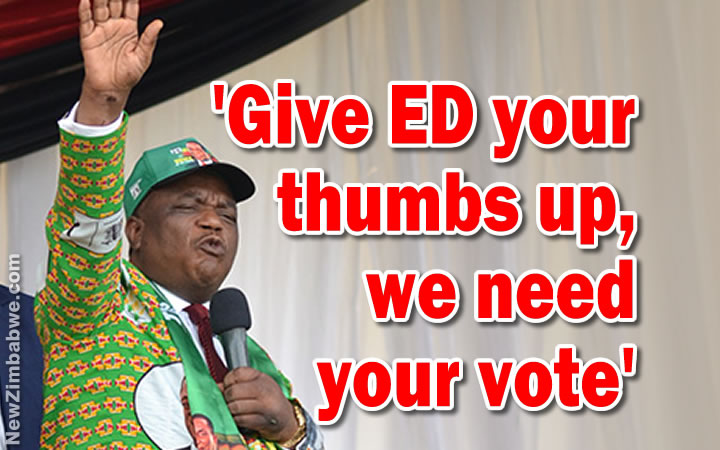 VICE President Constantino Chiwenga has promised Zimbabweans of Indians origin freedom of worship as well as to protect their investments as he met a tiny section of the Asian community Sunday to drum up support for Zanu PF presidential candidate Emmerson Mnangagwa.

He said Mnangagwa has moved to amend the country’s Indigenisation and Economic Empowerment Act making it easier now for the foreigners to run businesses without fear of expropriation by the State.

“The companies law has been amended to make it easy for everyone who wants to do business in Zimbabwe as your companies,” said the VP while addressing a handful of the Asians living in Harare’s Belvedere low density suburb.

The event, also attended by ruling party supporters from the nearby Warren Park high density suburbs, was held at Belvedere Technical Teachers College.

Indians are mainly into hardware, clothing and grocery shops.

“Your companies that have created so much immense jobs for our people, we need to build these companies so our youth who are leaving universities college can have employment.

“And also to speed up the ease way of doing business and opening up of the economy and he took away all the impediments.”

Zanu PF has pulled all the stops to woo support from all locals, among them minority communities whose interests have generally been peripheral on the national agenda.

VP Chiwenga went on to say that the ruling party candidate has also made it easier for the Asians to acquire Zimbabwean citizenship without any challenges.

“One of your major problem as the Asian community was being taken as aliens with zeros on your identification and those zeros are no more,” he said.

“We are now all Zimbabweans.

“So with now all these having been done by the president and Zanu PF candidate, within a period of seven months; it’s quite impressive, isn’t it?

Chiwenga told the Indian community they had a right to continue enjoying their religion and other cultural practices.

He said he was happy to see a gathering which also included Pakistanis gathered at the Zanu PF rally.

“It is our intention as the new dispensation that we interact with everyone in Zimbabwe so together we come up with the way forward for Zimbabwe because Zimbabwe is our country Zimbabwe is for everyone.

“If we are to develop Zimbabwe, we must be united, work together and whatever we do we must do it together,” he added.

The vice president also took time to appreciate the role played by the Asian community from the yesteryears to the present day.

These, he said. Included some eminent Asians who have been part of the ruling party, served in government as well as playing a part in the country’s liberation war.

During the event, Chiwenga, who is also Zanu PF VP, took the opportunity to introduce aspiring party candidates for both parliament and local government among them businessman Gilbert Mponda and Abdurramhman Sapa (Ward 5).