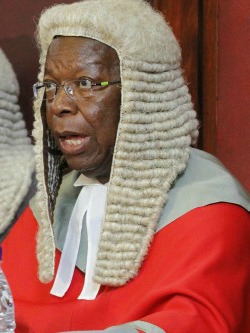 A DAY after the historic Constitutional Court ruling that struck criminal defamation off the Zimbabwean statutes, it was interesting to note the way daily tabloids covered the story, given how this particular piece of legislation had been used to victimize many a scribe especially those working for the independent press. But alas, the Con Court ruling and the ensuing story did not manage to make the front page of most tabloids.
As has become the norm, it was the usual suspect that dominated the front pages of the majority of daily tabloids – the retrogressive factional fights dominating Zanu PF as a party, and by extension, government. The above is but a sad reflection on how these factional wars have assumed all prominence in our mainstream and social media, much to the detriment of more development-oriented issues and pressing national challenges. It, therefore, becomes a credible assertion that the factional fights in the ruling party have come at a great cost, not only to political careers – most of which were not beneficial to the country anyway – but the overall national development, more so where this has involved the Zanu PF government.
When Zanu PF resoundingly won the July 31 2013 elections, there was a lot of expectation from the voting public that the party would begin, in earnest, to deliver its election promises that were underpinned on the much publicized ZIMASSET blueprint. Of course, as usual, there were some quarters that tried to run with the ‘rigged elections’ mantra, but against SADC and AU endorsement, this was a hard sell. Many have attributed the eventual multi-splits of the MDC-t to the outcome of the 2013 elections.
Fast forward two and a half years later, where it features, ZIMASSET is now only spoken of in hushed tones. The primary promise of two and a half million jobs is no longer an issue for discussion. It has become apparent that the election promises by Zanu PF that were pinned on ZIMASSET were just that – promises – and Zanu PF has not the slightest energy nor clue on how to actualize these. And this is primarily because the focus of each and every one of them is solely the succession issue.
It is no longer a secret that those in the top echelons of power in the party, and by extension their supporters, are all embroiled in a bitter and brutal struggle to position themselves close enough to the new centre of power in the increasingly probable event that their current president is no longer there as both party and state president.Advertisement

It was a moment of truth that was always going to come. For years, they denied that factionalism was existent in the party, labelling it a figment of the independent media’s fertile and ever-wandering imagination. But now, it is so apparent that even if one does not openly identify with any of the factions they are simply assigned one by default.
The year 2014 will go down in Zimbabwe’s political history for the hubbub that characterised the run up to the 6th Zanu PF congress. This, as previously untouchable party heavy weights fell by the way side in factional fights, only reminiscent of the Mgagao debacle or the original ZAPU split that gave birth to ZANU in 1963.
However, the tragedy of the factional wars currently gripping Zanu PF is not so much the demise of formerly deity-like personalities. Rather, it is the seeming importance that those who lead Zanu PF and government today have placed on their factional fights, at the expense of their mandate as assumed on July 31 2013. Yes, Zanu PF today resembles a war zone and none of the leaders in government seems cognisant of the fact that they are in their present positions on the back of an electoral victory that has an electorate’s great expectations as its background.
To make matters worse, and as if to buttress the new reality that factionalism is the only game in town, the media, both mainstream and social, have also found Zanu PF factionalism too juicy to ignore. For the mainstream tabloids, probably driven by the quest to drive newspaper sales volumes, Zanu PF factionalism seems to have overtaken everything else in terms of importance. Unfortunately,  in this case, everything includes the Con Court ruling on criminal defamation, itself the unwanted nightmare for many journalists on whom it was used  a tool to victimise them for doing their work. Yet, many editors in our newsrooms saw less importance in this ruling, and would rather have Zanu PF factionalism get the prominence of being first page news – just so as to sell the newspaper. How unfortunate.
The truth of the matter is that those involved in the factional fights in Zanu PF are doing so in pursuit of very narrow and parochial personal interests – and not those of the majority of the citizens. Many involved now realize the sobering reality that their leader will die in office, and all for personal and selfish ends. This leaves each individual with the daunting task of defending whatever position they occupy currently, in the hope that they will, when the time comes, be as close as possible to the new centre of power that will emerge post-Mugabe. And unfortunately, and thanks to President Mugabe himself, this new centre is not known and will again, unfortunately not be decided by the majority in Zanu PF. The democracy they wished they had, and never practiced, will not just emerge from nowhere now. And that is the painful and sobering reality they will have to live with and go through.
And yet, the tragedy of it all is not really the demise of these Zanu PF stalwarts, but rather the sad fact that Zanu PF factionalism is retarding national development.
The writer writes here in his personal capacity and can be contacted at tchimhavi@gmail.com