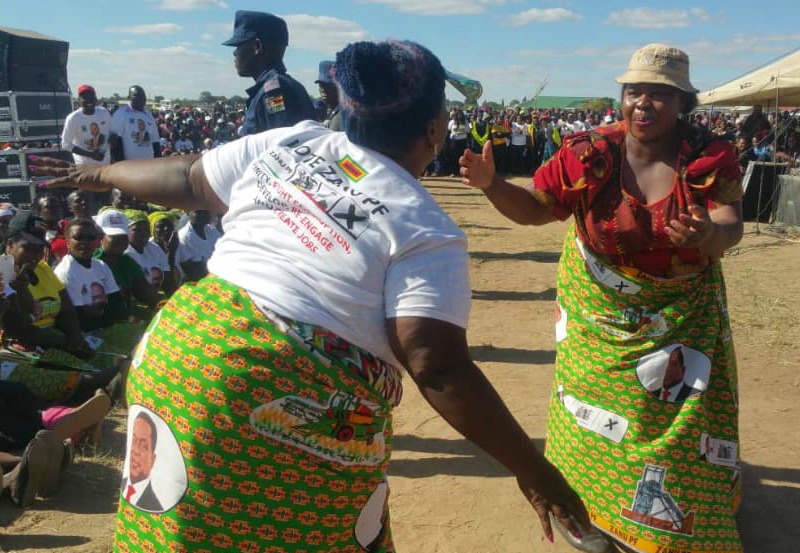 ZANU PF has been accused of vote buying ahead of next weekend’s Glenview South Constituency by-election.

In a statement, the Zimbabwe Election Support Network (ZESN) Friday said the timing of the drilling of 15 boreholes by the District Development Fund (DDF) in Glenview South few weeks before voting was an attempt to gain votes.

“ZESN notes with concern the timing of the drilling of 15 boreholes by the District Development Fund (DDF) in Glenview which ZANU PF seems to have taken advantage of in its campaigns ahead of a by-election scheduled to be held on 7 September 2019 in the Constituency,” reads the statement.

ZESN observers deployed ahead of the polls reported that Zanu PF representatives were using the drilling of boreholes as a campaign tool.

“ZESN observers have reported on the official opening of some of the boreholes by Zanu-PF during its on-going campaigns in the Constituency.

“This can be viewed as a form of vote buying or attempts to influence voting preferences,” reads the statement.

Vote buying, according to the Electoral Knowledge Network, includes “promising, offering or giving money, goods, services and/or other inducements to prospective voters after an election has been announced.

The act is also in contravention of, among others, Section 4.1.4 of the SADC Principles and Guidelines Governing Democratic Elections which stipulates that “Member States shall take all necessary measures and precautions to prevent corruption, bribery, favouritism, political violence, intolerance and intimidation.”