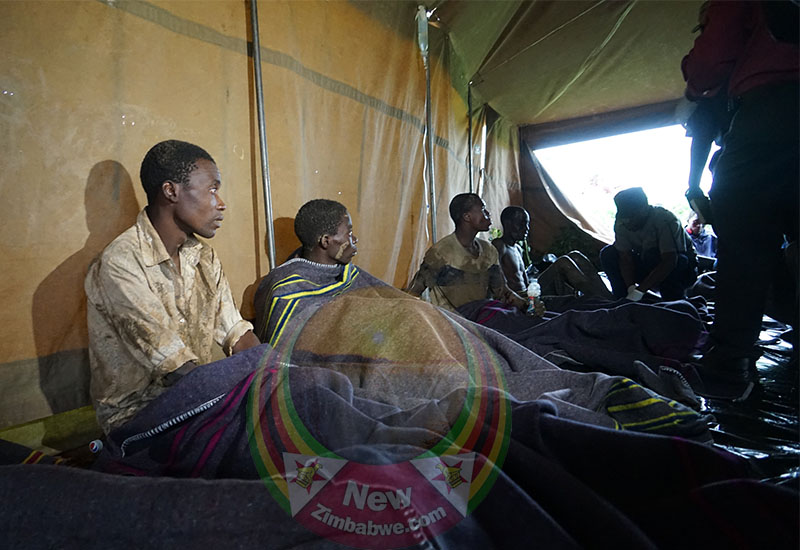 File Pic: Survivors of the February mine disaster have returned
Spread This News

ARTISANAL mining has begun in earnest at Cricket No.3 and Silvermoon Mines, at Battlefields in Kadoma, two months after 24 people lost their lives following a flush flood, newzimbabwe.com has established.

The two mines, which were closed off by authorities, after the catastrophe, that was declared a national disaster by president Emmerson Mnangagwa, have been ‘reopened’ by Zanu PF youths under a shadowy government empowerment initiative.

Bright Chipiro, an artisanal miner who had returned to his Mbare home after the closure of the mines said he was back in Kadoma.

“I am now at Cricket Mine. I decided to come after hearing that others had started working so there was no way I could remain in Harare with no source of livelihood.

“We are already working at both mines and there is absolutely no problem. This is a youth programme, if they shut it down, where would they expect us to go then,” said Chipiro.

“Money always follows death and blood, remember there had been news that a lot of gold had been discovered just before the disaster last time.”

Warnings from Fabian Machakwa, who claims ownership of the farm on which the two mines are situated, the Environmental Management Agency (EMA) and the Ministry of Environment regarding the unsafe conditions of the mine were ignored by the artisanal miners.

In March, some artisanal miners, popularly known as makorokoza who spoke to this publication vowed terror if government continues with plans to shut them out of the two mines.

“Usually we spend about three months straight without going back home raising enough to use when we go back and to survive when we are here.

“The situation is currently bad because the disaster means we have not been working for close to a month now, we have to recover that time and get as much as we can, if we are to go back home let alone survive,” said Tinashe Kadoko in March.

“If what we hear is true that government wants to chase us off Cricket and Silvermoon Mines, then we are headed for very dangerous times I tell you.”

Machakwa has had to move his cattle to a rented farm following the invasion by gold panners.

There have been reports that armed gangs of makorokoza are being protected by unnamed senior government officials who have created mafia style gold panning syndicates in the Midlands.

Mnangagwa, Minister of State Security Owen ‘Mudha’ Ncube, Zanu PF MP Dexter Nduna and former Zanu PF MP, Vongai Mupereri are some of the names that have been linked to illegal gold mining activities in the Midlands and Mashonaland West.