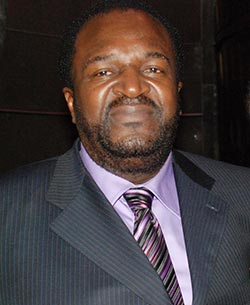 IN Robert Mugabe’s Zimbabwe, we are raised and brought up under the illusion, if not delusion, that ‘the West’ is just about to mug us in the parking lot. We are told, the biggest enemy of our advancement, or our progress is the ‘evil white man’, or the calculating imperialist. Sometimes it is the gays, the ‘western sponsored opposition forces, or Mbuya Nehanda and Sekuru Kaguvi’s absent skeletal remains.
In the depth of our psyche is the belief, instilled from childhood, that Zimbabwe is where it is because the international community is actively involved in a grand scheme to unseat President Mugabe, and Zanu PF. This we are told, they do with the full intention of making sure black people do not own a farm, a mine, a company or all. On the ground, Zimbabwe remains a very sick country. Its malaise is terminal. In simple words, it is a gloomy and troubled household.
It is of principal importance that we ‘name and shame’ Zimbabwe’s problems in chief, and hence forth pin-point the perpetrator, orchestrator, and conductor in chief of the struggle of the Zimbabwean people; it is the party popularly known as, Zimbabwe African National Union – Patriotic Front (Zanu PF). On a very basic level, Zimbabwe is vice-gripped by a never ending economic depression, monumental levels of widespread poverty, negative economic growth, zero access to clean water and sanitation.
Chief among our difficulties is degenerative corruption, extra-ordinary repression and violence. We have very high levels of unemployment, liquidity problems, collapsing infrastructure, morbid industry and commerce, as well as really poor health-care, let alone limited access to it. The electricity crisis sounds like just one of our smallest snags. Our government is broke to the point that it can’t afford to pay its own workforce, the biggest in the country by the way. Zimbabwe has graduate vendors, destitute academics and touting intellectuals. I could go on and on.
Of course, it would be rudimentary to deny the effect of targeted sanctions on Zimbabwe, and how these have played some part in making it very difficult for the country to avoid slipping into this deathly comatose. But it would be dangerously propagandised to accept this Zanu-nised explanation. There is literally no need to get into the sanctions or not debate. That has been discussed several times, and we all know the truth. Zanu PF killed the country, plain and simple.Advertisement