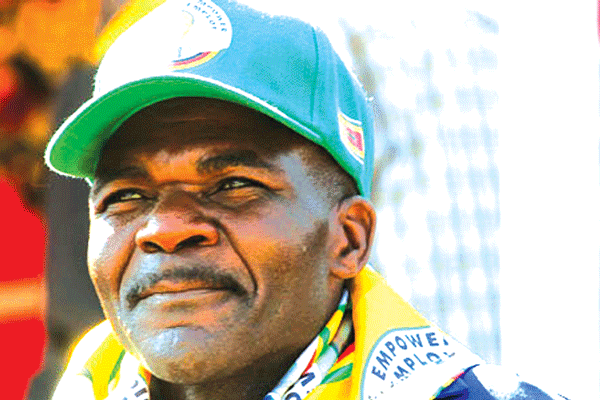 ZANU PF legislator for Buhera West Oliver Mandipaka has praised the Public Order and Security Act (POSA) which the ruling party has been accused of systematically using over the years to block meetings by opponents.

Mandipaka was contributing to a report by parliament’s Justice, Legal and Parliamentary Affairs Committee following a 2016 petition on right the electoral environment by the Election Resource Centre (ERC), supported by other civic groups.

In its petition, ERC urged a “repeal of legislation that hampers free lawful political activity”, among them POSA.

But Mandipaka, in his submissions, saw nothing wrong with the controversial security law.

“It is my personal view that the Public Order and Security Act is a better piece of legislation than what used to happen before independence under the Law and Order Maintenance Act,” Mandipaka said.

“Suffice to say that, the reason we came up with this piece of legislation was to regulate order in the conduct of political parties in this country.”

Under POSA, political parties planning to have gatherings are required to inform police from jurisdictions in which they seek to conduct the meetings.

The opposition has often accused police of instead blocking their rallies while the ruling Zanu PF has been allowed to conduct its meetings uninterrupted.

Mandipaka, who as one-time ZRP national spokesperson, vehemently defended the police, said the controversial law was introduced to ensure political parties conducted their business peacefully and were protected by the police.

“So, I view this piece of law as a very good law, because as we conduct our political business, we need the police to be around us so that they can protect us but alas, we have certain political parties that want to defy what our laws say.

“… So, it is my personal view, that the Public Order and Security Act is a necessary devil that helps us to conduct our political business in a peaceful atmosphere.”

Repeal of the legislation is among the ley reforms demanded by the opposition ahead of elections which president Emmerson Mnangagwa has said would be held in July this year.