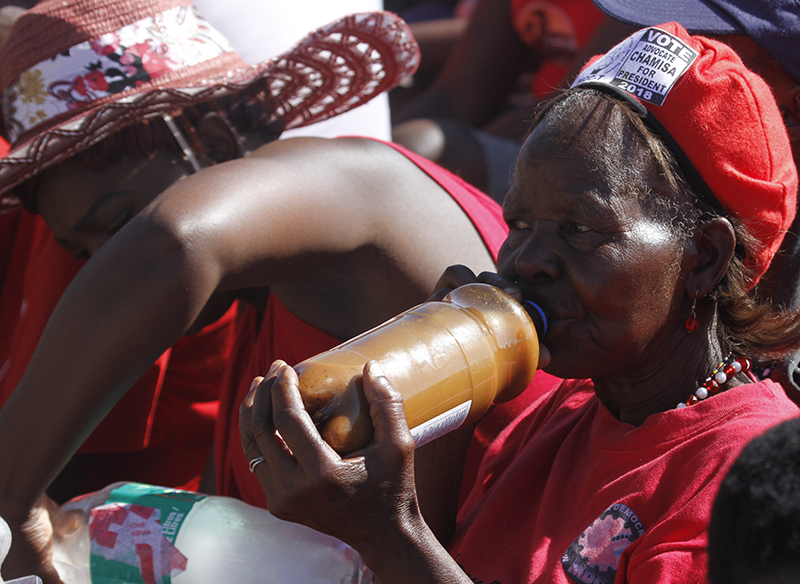 An MDC supporter during a party rally
Spread This News

AS if the ongoing rivalry between MPs representing the two main parties was not enough drama inside Zimbabwe’s parliament, a Zanu PF legislator Thursday accused MDC MPs of sneaking out of the house during sitting to drink some beer within the building.

Nkayi South MP, Stars Mathe, stood up on a point of privilege to register his displeasure with seeing his colleagues binge during sessions.

“My point of privilege is on the continuous running of the bar during sittings of Parliament,” Mathe said of the bar which is at parliament building.

“Most members, especially from the other bench (opposition) continue to go to the bar and drink when Parliament is sitting.

“If we continue having that situation, this House is not going to function properly because most of our members would be going there to drink and when they come back here, they make noise which affect the people we represent.”

Mathe added, “These members come here to disrupt and disturb the proceedings of this House and at the end of the day, you find that even the rulings that you (Speaker) make will not be listened to.

“We come here to listen to drunken people and we are not going to tolerate this. Can the bar be closed up to the end of the day.”

Mudenda, on his part, was agreeable with bar closure during sessions.

“I wish to say that the bar should not be opened during sittings of the House.

“…If that administrative arrangement has been violated, I will revisit that with the Clerk of Parliament, otherwise it should be closed.”

Zanu PF and MDC MPs have of late, reduced parliament into a battle ground, in what has led to disruptions of committee meetings chaired by MDC legislators.

MDC MPs have made it policy to walk out on, or perform any act of defiance towards Mnangagwa each time the Zanu PF number one comes to the house during important events.