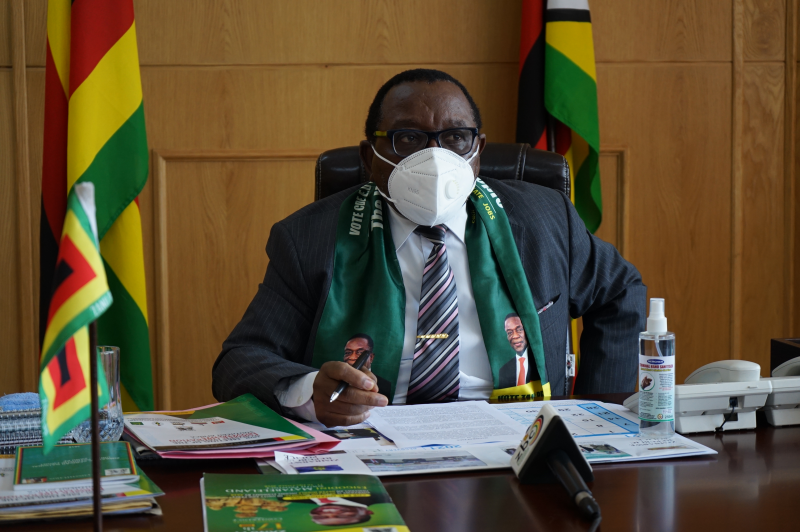 ZANU PF has advised MDC Alliance president Nelson Chamisa, that if he is tired of participating in civil political engagements, he must quit politics instead of resorting to venting his frustrations on the ruling party.

Early this week, in his MDC Alliance Agenda 2021 address, Chamisa accused President Emmerson Mnangagwa of leading a campaign to decimate the opposition party through systematic arrests of activists and crippling its operations.

In response to Chamisa’s statement, the Zanu PF national spokesperson, Simon Khaya Moyo Friday said the governing party was not there to offer “political consultancy to Chamisa and his party”.

“We don’t offer political consultancy to collapsing parties. As such, those tired of civil political engagement must stop venting out their frustration through experimenting with the country’s hard won freedom, peace and unity,” Moyo shot back to Chamisa in a statement.

He said Zimbabweans had given-up on Chamisa’s “childish rumblings from a party clearly running short of oxygen”.

Moyo also claimed Chamisa was seeking relevance in the wake of a “mass exodus” of key members from his party who have defected to Zanu PF.

“Zanu PF is, however, aware that Mr Chamisa is under pressure to seek relevance in the face of mass exodus of key members from his party, who have defected to the revolutionary party. This is not our problem, but his, and we shall continue to welcome all those who have elected to return to Zanu PF, the people’s party.”

Moyo refuted claims by Chamisa that Zanu PF was delaying holding by-elections as it feared the MDC Alliance would defeat it.

Last year, the government postponed the holding of all parliamentary and local council by-elections as part of efforts to halt the spread of Covid-19.

Moyo said Zanu PF was instead in support of government’s efforts in fighting the Covid-19 pandemic and acquiring the necessary vaccines for the citizens.

“It is, therefore, mind-boggling that given this imperative, Mr Chamisa’s faction is obsessed with by-elections, which or on all standards have no effect to Zanu PF’s two thirds parliamentary majority.

“Be that as it may, Zanu PF points it clearly, that the party does not interfere

with parliamentary recalls involving non-members and does not interfere with the running of by-elections, which is a prerogative or the Zimbabwe Electoral Commission (ZEC). The party is more than ready for the by-elections, except that we respect the measures put in place to save lives during these deadly times.”