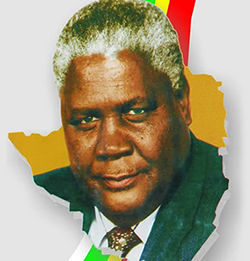 ZIMBABWE is now a land that rewards failure, at personal, corporate and State level. The current Zanu PF government consists of a gang of looters and liars. They have no special talent for the business of government but only a talent of violently getting and holding office by any means necessary contrary to liberation war ideologies.
If by miracle, they wake up tomorrow and see what has become of Zimbabwe, iconic sons of Africa like, Kwame Nkrumah, Samora Machel, Jomo Kenyatta, Joshua Nkomo, Nelson Mandela, Patrice Lumumba and many others who sacrificed their personal liberty to free the sons and daughters of Africa, surely they will cry and be ashamed to see fellow comrades manipulating and brutalising fellow Africans the same way former white colonisers ill- treated our fore fathers.
Even in the afterlife, I wonder how the Zanu PF oppressors, will sit on the same table with the above named and explain that daughters of Zimbabwe are now living in slavery in Kuwait; not only that but they can’t afford air tickets to bring them home.
Samora Machel won’t be amused that a son of a free Africa Itai Dzamara disappeared like mist and never be accounted for. Joshua Nkomo departed without witnessing the current madness, what would be his reaction to know that almost the entire nation is unemployed and that Bulawayo industries are no more.
I don’t think Josiah Tongogara sacrificed his life so that the young generation of today roam the streets holding degrees and diplomas; neither did Hebert Chitepo dedicate his life to free Zimbabweans so that a few connected people amass unexplained wealth through dubious means.
I refuse to contemplate that Dumiso Dabengwa dodged bullets and languished in prison so that a few people loot Zisco Steel and all other parastatals and turn the reserve bank into personal bank where the few in the corridors of power get loans. Surely, a nowhere in the world can you see a national bank lend cash to individuals to pay university fees and buy tractors. The reserve bank individual debts have now been nationalised, with the suffering populace paying for those who looted without shame.
Organised chaos by looting class
Everybody keeps saying that Zimbabwe is a poor and failed country. Yes, we have poverty, but I blame the inept and corrupt Zanu PF “government”, and the political establishment for their failure to govern while concentrating on looting natural resources and taxes instead of serving the people. I refuse the notion that we are poor, as a country; we are only suffering from governance poverty.Advertisement

In any chaotic situation, some people benefit; in our situation as Zimbabwe, the chaos was deliberately planted, we have witnessed some “war veterans” looting irrigation pipes and combine harvesters in the name of the 3rd Chimurenga. They harvested wheat and tobacco which they didn’t plant; now those farms are like retreat centres busy braaing the few remaining heifers instead of cross breeding.
Revolution devouring its own children
One scholar said revolutions tend to devour own children and even the so-called incorruptible. And Zimbabwe is definitely no exception. The craving for more money and power by Zanu PF bigwigs brings even the most self-righteous to their own demise. It speaks to the fact that after the success or no success of a revolution, as in our case, there comes a time when justice is done to the catalysts of the revolution.
Primarily this “revolutionary justice” is applied to the members of the old regime. They assume power and those who are victim to their rule are usually the ones who were their followers. Then, as the same people who started the revolution begin to fight each other for power, the same techniques that were used to justify the reason of imprisoning and killing the former rulers are now used for the killing of members of the revolution that have different ideas on how to run the country.
Votes of no confidences, firing, arrests and threats are now the order of the day within the former “liberation” movement. Are we to trust those fired because of a dwindling looting base yet they were also brutalisers? Only time will tell, but for now NO.
Miracle Money
Why is it that, in a dead economy, where the unemployment rate in almost 100%, Zanu PF connected/owned businesses generate hundreds of millions within few months, defying all business and economic principles?
Why is it that Strive Masiyiwa took nearly 3 decades to amass 200 million dollars and we know his business venture, yet Zanu PF people can’t even show us what businesses they are running or whatever they are selling yet they accumulate 500 million dollars within a year? Only drug dealers can do that but since they deny doing that, perhaps they must tell the world how money can be easily made without working hard.
Is it miracle money where only government officials receive blessings from god so that they build monstrous houses? if so He is a god of favour indeed since he gives miracle money to those who run mineral rich ministries? God only offers miracle urban land to those close to state power? Never elsewhere in the world would one witness individuals owning half of capital city land with questionable title deeds. I may be a fool but such things would not have been authorised by small fish like tsuro magen’a alone; it’s an organised chaos outcome.
US$15bln Question
When a new dawn arrives what are we going to do to recover our stolen taxes? We can’t lie to ourselves that everything is fine and that there will be a reconciliation commission when people are looting public resources in broad daylight. We can’t fight corruption through commissions but by arresting and confiscating what belongs to us –  we the people of Zimbabwe. The President himself said that $15 billion disappeared, so who are to deny or question his wisdom and intelligence briefings. I personally want my share of the diamonds and I will get it.
Elijah Mangwengwende is an MDC-T member and anti-Zanu PF activist due to its brutal tendencies and uncontrolled corruption.