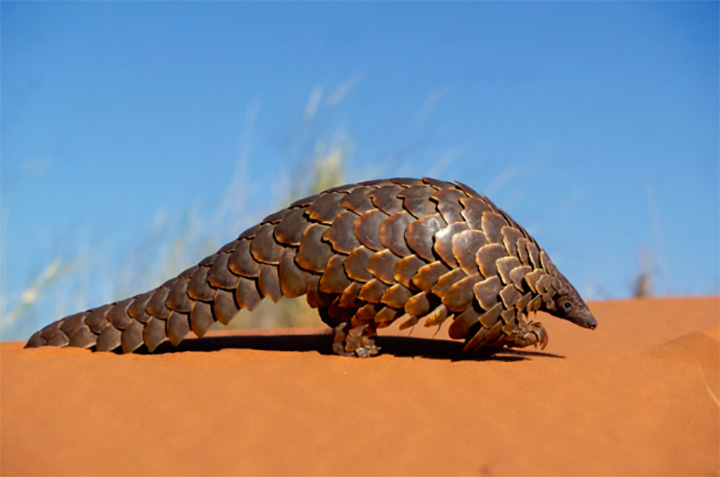 John Robert Khumalo, 65, and accomplice Khumalo and Sithembiso Tshuma, 42, of Hwange were arrested in June this year.

A pangolin is part of the country’s protected species whose possession warrants a criminal offence under the Zimbabwean laws.

Khumalo and Tshuma, who is a traditional healer, pleaded not guilty when they appeared before Hwange magistrate in charge Livard Philimon.

They were convicted earlier this week after full trial.

The duo claimed that they wanted to use the scales for medicinal purposes although they were arrested while looking for a buyer at a local hotel in Hwange.

The magistrate slapped each with an effective nine-year jail term without any conditional suspensions.

Prosecuting, Memory Munsaka said police swooped on the duo after receiving a tip-off that they were in possession of a pangolin and looking for a buyer.

“Police proceeded to the hotel and found the duo sitting in a car at the car park,” said the prosecutor.

“The police asked to search the car and recovered a plastic bag which had the scales in the boot of the vehicle.”

Khumalo and Tshuma were arrested after failing to produce legal documents allowing them to possess specially protected animals in terms of the Parks and Wildlife Act.

The duo could not account for the scales which are used as traditional medicine and were arrested as they could not give a satisfactory explanation why they were keeping them.

A live pangolin is valued at $5,000. The value of the scales was not given.