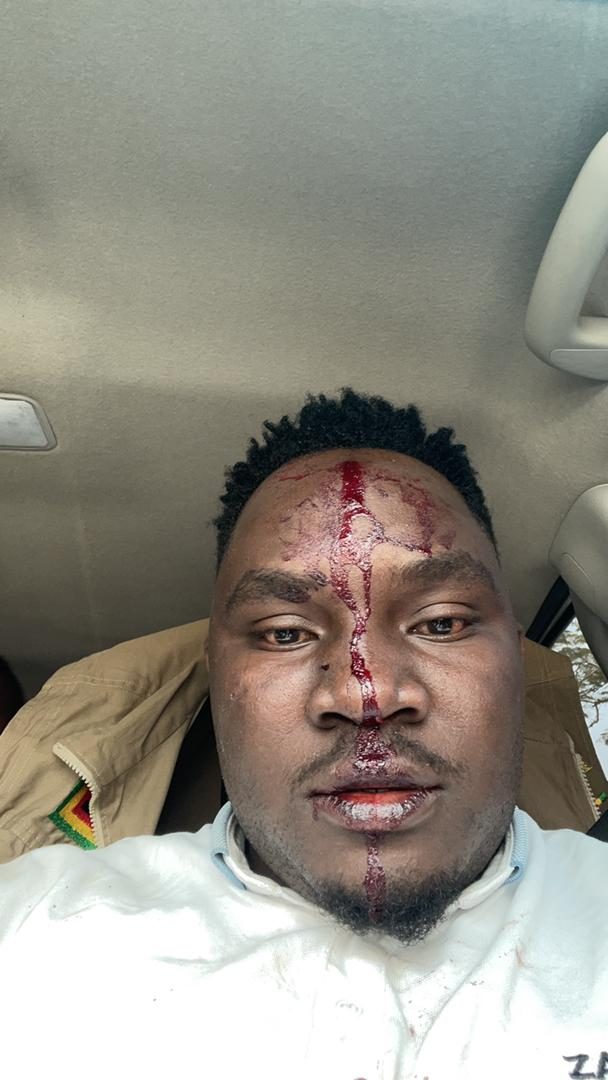 ZANU PF members are chiding each other for violence that erupted during a Manicaland provincial coordinating committee meeting (PCC) which was held Sunday at Marymount Teachers’ College.

A remarkable number of demonstrators were denied entry into the college as they were calling for Zanu PF’s Manicaland Chairman Mike Madiro to step down.

Madiro is being accused of failing to unite the party as a provincial chairman and imposing candidates ahead of Zanu PF’s provincial elections which may be held end of this year.

After Sunday’s skirmishes, Madiro left Marymount Teachers’ College in a movie style haste with other provincial leaders seeking refuge at nearby quarters.

Mambondiyani injured injured in the ensuing commotion which ended in his arrest. He appeared at the Magistrates Court Monday and released on free bail.

He is facing charges of inciting violence.

Mambondiyani confirmed to NewZimbabwe.com that he was assaulted during Sunday’s PCC meeting, but strangely got himself arrested.

“The provincial chairman (Madiro) has now proved his tendencies of criminal actions as he ordered thugs to cause turmoil in the hall and attack Mambondiyani.

“Many people were expressing their concerns about things which are not going on well in the province. An urgent solution is needed regarding this matter,” said a member who requested not to be identified.

Efforts to get a comment from Madiro were fruitless as his phone went unanswered.

However, a central committee member who requested anonymity accused Mambondiyani of hiring thugs from various districts to attack Madiro.

“Instead of using his resources on rebuilding the party structures in Mutare district Mambondiyani preferred to hire thugs dressed in new ZanuPF regalia to cause confusion at the meeting. Mambondiyani was found in possession of a gun loaded with 13 rounds of ammunition at the PCC meeting. It is alleged that he had the intention to shoot,” the source said.

“Mambondiyani is failing to execute his mandate of rebuilding the party by mobilising more youths to join the party,” said the central committee member.

The Central committee member went on to accuse Mambondiyani of drawing a plan to ambush Madiro on his way back to Harare.

“The thugs were stationed at Shamhu business center where they stoned the Deputy minister’s Prado. His car was damaged although he was not injured. This is clear that these are not revolutionary members but thugs with an intention of selling out the revolutionary party,” said the central committee member who suspected that Mambondiyani is being backed by some party big wigs,” the source added.

Manicaland police spokesperson Wiseman Chinyoka refused to comment on the matter and directed questions to his boss Paul Nyathi. Nyathi referred questions back to  Chinyoka.

“We are a very peaceful party, and if members of the party have grievances, there is a procedure that must be followed in order to make sure that they are handled in an orderly manner,” Mandipaka said.