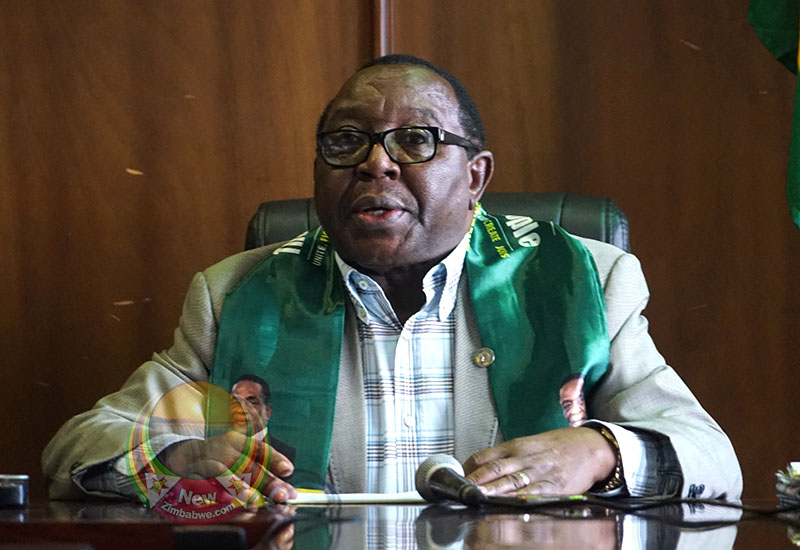 ZANU PF was Friday forced to issue a statement describing as insult, the formation of a new political party calling itself Zanu PF Original.

The formation of the new Zimbabwe African National Unity PF (Original), whose leaders are yet to be unveiled, has been formally communicated to the Zimbabwe Electoral Commission (ZEC) and will be launched early next year.

The decision by the politicians of the new outfit to match their party’s name with that of the ruling party had all signs of a group of individuals trying to set the proverbial cat among the pigeons, and they did, judging from the reaction of President Emmerson Mnangagwa’s party.

“The nauseating and misleading media reports that there is a party calling itself the ‘Zanu-PF Original’ is an insult to the values and ethos of our liberation struggle which ushered in our freedom and independence in 1980,” said party spokesperson Simon Khaya Moyo.

“The so-called Zimbabwe African National Unity PF (Original) never existed and the announcement of its formation is a malignant dream driven by the G40 malcontents.

“The ruling revolutionary Zanu-PF party warns its leadership and membership to remain vigilant and protect the people’s party from political wolves whose major preoccupation is to create chaos, alarm, despondency and instability in our beloved nation.”

Since coming into power in 1980, Zanu PF party has been very possessive about almost everything, often monopolising national events such as Independence Day celebrations and the conferment of national hero’s status to deserving citizens.

In 2008, when former Finance Minister Simba Makoni broke ranks with his colleagues to contest the presidential elections, the ruling party went to great lengths to bar him from using the name Zanu PF in his bid for the top job.

The same ghost has come back to haunt the Mnangagwa led Zanu PF when a group linked to former party politicians who were referred to as G40 are suspected to be behind what the ruling party finds as mischief.

“Our sovereignty did not come on a silver platter. Thousands perished, hundreds were maimed, livestock was looted and property destroyed,” Khaya-Moyo said.

He added: “The armed liberation struggle was led by the revolutionary Zanu-PF (Zanu Patriotic Front) party whose composition was the then Zanu and Zapu parties with their armed liberation armies comprising ZANLA and ZIPRA respectively.

“All negotiations were held under the banner of the Patriotic Front. The facts are clearly captured in the Unity Accord Agreement of December 22, 1987.”

The tussle for names and other identity features within the country’s two major political parties is however not new considering recent history.

The main opposition MDC has also been caught up in the same circus with former allies Thokozani Khupe and Nelson Chamisa’s factions once tussling for the name MDC-T.

Current MDC vice president Welshman Ncube was first to break ranks 2005 to go and lead a party formation under the name MDC.