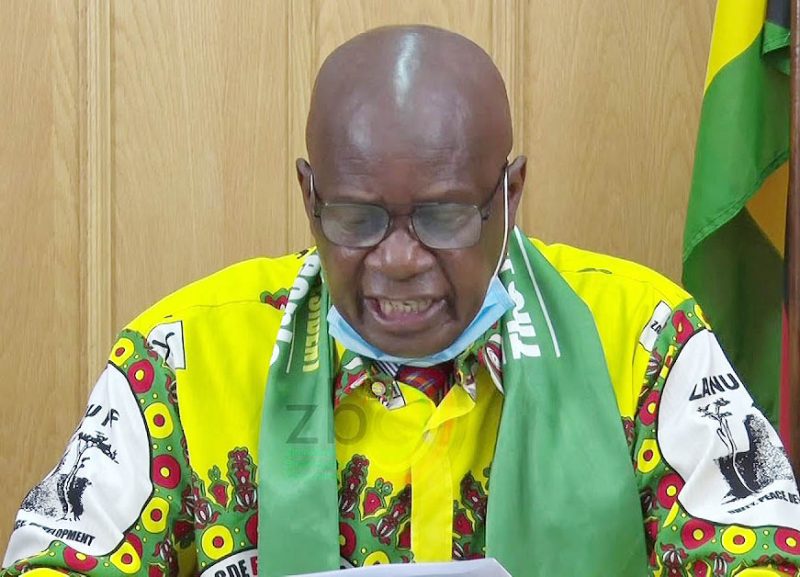 ZANU PF has warned South Africa’s ANC not to treat Zimbabwe as one of the neighbouring country’s provinces with party spokesperson Patrick Chinamsa saying South Africa’s ruling party does not have any oversight role in the internal affairs of its troubled neighbour.

The party-to-party meeting was to update the two former revolutionary parties on challenges facing Zimbabwe and South Africa.

However, at the meeting, the Zanu PF delegation raised concerns over the perceived ‘big brother’ mentality adopted by South Africa on Zimbabwe.

This posture adopted by South Africa, according to Chinamasa, was one of the issues raised during Wednesday’s meeting.

“First, we agreed that Zimbabwe and South Africa are sovereign states. Zimbabwe is not a province of South Africa. In the context of international relations. South Africa is not a big brother to Zimbabwe,” Chinamasa said during Zanu PF’s weekly press briefings in Harare Friday.

“It (South Africa) has no mediatory role to play in Zimbabwe or in any other country and Zimbabwe is not being a province of South Africa. It follows that there is no interventionist approach to the way that South Africa relates to us.

“South Africa in the context of international relations is not a Big Brother of Zimbabwe, it has no overseer role to play on Zimbabwe and the region.”

However, soon after touching down in South Africa, Magashule told that country’s media they expected peace and stability in that Zimbabwe “province”.

“We are going to meet (opposition parties) so that we are able to bring together the people of Zimbabwe recognising that they are coming from recent elections and we need peace and stability in that province,” he said.

“We need to dismantle the apartheid economy. We cannot allow economies outside South Africa to be warehouse economies. It was raised that South Africa’s economy was more integrated to Europe and not the region and this matter needs to be corrected since we live in the same geographical area.

“The skewed nature of our economy is a matter that needs to be addressed.

“We know where the problems are. It is South Africa’s media. The economy is still very much apartheid controlled with objectives, of course to perpetuate the inequalities that are prevalent in South Africa.

“But we must dismantle the apartheid economy relationship with the economy of its neighbours. That we have to do, we cannot allow it to perpetuate as is currently the case.”