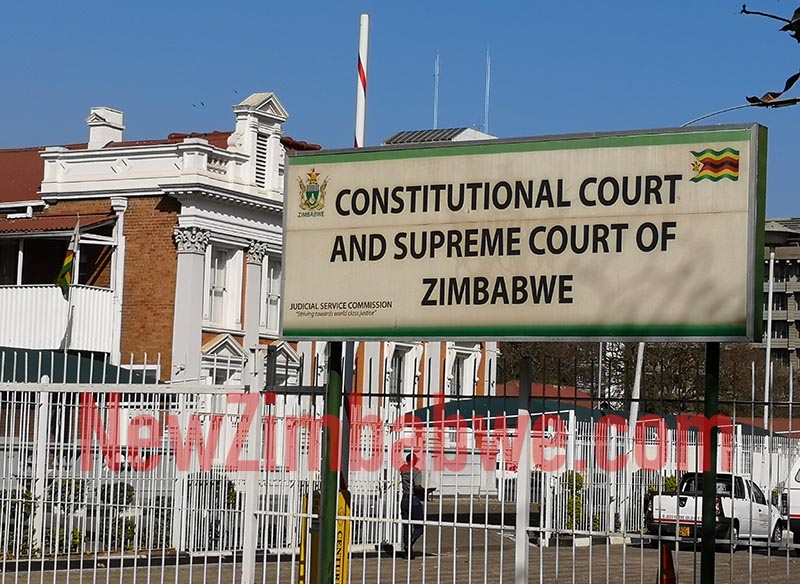 Chamisa has challenged the result of the July 30 presidential poll that the Zimbabwe Electoral Commission (Zec) declared Mnangagwa winner with a razor thin 50.8% margin against the opposition leader’s 44.3.

But Chamisa argues Zec connived with Mnangagwa to inflate the Zanu PF candidate’s figures at the same time understating his own.

Chamisa also contends the ConCourt should declare him winner or alternatively call for a run-off but both Zec and Mnangagwa on Wednesday vehemently denied the claims in a grueling court battle.

In a statement Thursday, Zanu PF secretary for information Simon Khaya Moyo said the ruling party was humbled by the show of maturity by citizens during the televised ConCourt spectacle.

“The ConCourt delivers its verdict (Friday) let the nation embrace the outcome with calm, decency, sobriety and genial composure.

“The focus should be on unity, peace non-violence and promotion of irreproachable national conduct. We are one family, one people and one nation,” Khaya Moyo said.

The court battle comes three weeks after Harare was turned into a warzone as alleged opposition supporters clashed with security details in which the military used live ammunition killing a reported seven unarmed protesters on August 1st.

Soldiers beat a supporter of the opposition Movement for Democratic Change party of Nelson Chamisa outside the party’s headquarters in Harare on August 1, 2018.

The protesters were reportedly demanding that Zec announces results of the presidential election that had been held two days earlier.

Khaya Moyo added: “Zanu PF under the leadership of its president and first secretary Cde ED Mnangagwa is extremely proud of the manner its members encompassing all structures have conducted themselves before and post the 30 July 2018 harmonised elections.”

He said Zimbabweans must take advantage of the current lull to build a peaceful political culture going forward.

“The unity and peace evident throughout the country is highly commendable inclusive of the admirable tranquillity displayed by the citizenry in general throughout yesterday’s Constitutional Court proceedings.

“The world is watching with glee. This glorious moment must not be squandered but extend to the future and remain the nation’s political pivot for generations to come,” the Zanu PF spokesperson said.