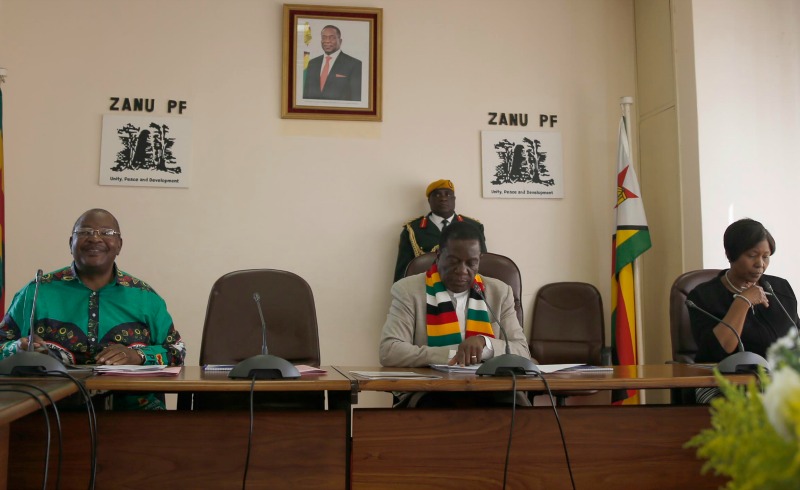 ZANU PF’s supreme decision making unit, the politburo, has ordered a re-run of some of the party’s primary elections following a dispute of the results by losing candidates and voters, Secretary for Administration Obert Mpofu has announced.

Last Sunday, the ruling party held its primary elections to choose candidates who will contest in the general election due in two months.

Speaking to journalists in Harare at the party headquarters where the politburo met to deliberate on the complaints raised by losing candidates on Saturday, Mpofu said the party had ordered an investigation which will be followed by disciplinary action on those found to have acted wrongly.

According to Mpofu, those found guilty will be disqualified.

“Some results are expected anytime from now as you are aware that the announcement of results had been briefly put on halt by President Emmerson Mnangagwa to allow for the deliberations we had today,” Mpofu said.

On Friday, Zanu PF launched its manifesto for the 2018 elections.

The Saturday meeting took place amid protests outside the headquarters building as supporters of losing candidates and those who did not vote from Mbare, Mazowe, Mashonaland East and Manicaland areas raised placards denouncing those who allegedly cheated.

One woman from Ward 4 in Mazowe West spoke to New Zimbabwe and she had this to say:

Political analyst Gadzira Chirumanzu, in an interview Saturday, told New Zimbabwe that President Mnangagwa has brought democracy in the party and there was no imposition of candidates.

“Those who want to lead should be ready to work for the people and they should also be voted into positions by the people.

“The race is a fair game; it is a fair game because some will lose and others will win. Those demonstrating outside the Zanu PF building are allowed to do so freely by the country’s constitution,” Chirumanzu explained.