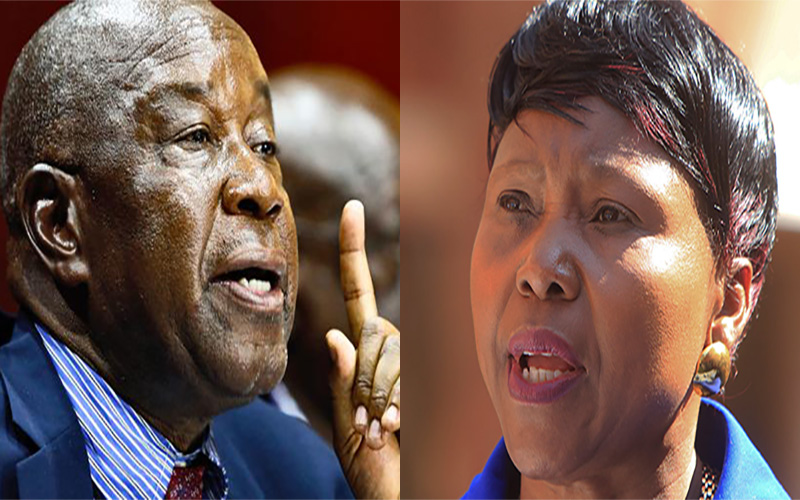 ZANU PF national chairperson and cabinet minister Oppah Muchinguri led the top casualties in a day of massive bloodletting as the ruling party’s primary elections drew to a close Tuesday.

Muchinguri lost to little known Joyce Bukuta in her bid to represent Nyanga in the Zanu PF women’s quota.

From the Midlands province, Mumbengegwi a high flier in former President Robert Mugabe when he served as Foreign Affairs minister lost heavily to businessman Larry Mavhima while Ncube lost his seat to journalist Omphile Marupi in Gwanda South.

Elsewhere scholarships minister Mushowe lost in Mutare West to little known Teedzayi Muchimwe while former ZRP spokesman Mandipaka who was reportedly briefly detained after being found with a bunch of ballots marked in his favour lost to another upstart Soul Nzuma in Buhera West.

Still in Manicaland province, finance Patrick Chinamasa was retained in Makoni Central constituency while in the Midalands, transport minister did Jorum Gumbo prevailed in Mberengwa West.

In Masvingo, former Information minister Paul Mangwana lost his bid to represent Zanu PF in Chivi North to while Cross Border Association leader, Killer Zivhu, could be heading to the national assembly after snatching Chivi South.

The results were however, yet to be officially announced by the ruling party with national commissar Englebert Rugeje having indicated Monday that they would have to be endorsed by the “party leadership before they are made public.”