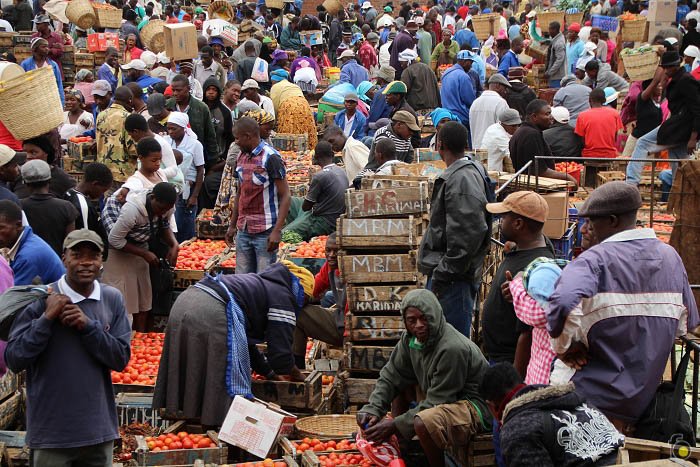 SELF-STYLED ‘rent lords’ aligned to the ruling Zanu PF party are said to be responsible for the lawlessness prevailing in the country’s informal sector, where they are collecting hefty tax-free rentals and levies from impoverished vendors and hawkers.

The unscrupulous political actors name-drop in their machinations that have seen some writing their own “rags-to-riches” stories overnight after grabbing and subleasing vending spaces.

Zanu PF politicians reportedly use party youths to claim vending territories where they allocate stalls for vendors to operate from for stipulated fees, which are way above what Harare City Council (HCC) charges.

This came out during a zoom meeting convened last week by the Vendors Initiative for Social and Economic Transformation (VISET) under the topic; “An Update of Renovation and Development of Satellite Markets.”

Renowned economist, Eddie Cross, lamented the politicisation of allocation of vending sites in cities and towns across the country.

“I know the ruling party (Zanu PF) are the major culprits in this whole thing, but they got to understand that if they want to win elections in urban areas, they have to correct these kind of things.

The MDC is runs the Harare City Council and most urban authorities in the country.

“If they carry on like this, there will be penalties to pay politically in elections.”

Cross urged the HCC and government to expedite the audit on the allocation of vending sites to weed out multiple ownership.

He went on to give examples of Mbare hostels which the HCC bulk-leases to privileged people who in-turn sub-lease them out to poor families at higher rentals.

“To me, that’s slum-lord activity which was also happening in Rhodesian days. I remember there was one black business family in Highfields (Harare) who owned 500 houses and leased them out to individuals with up to four to five families at one house.

“The conditions were appalling, but this family became immensely rich and well-known. This kind of exploitation is rampant among poor communities and the only way to tackle it is for the authorities to recognise and investigate it and take appropriate action.

“The individual subjected to this kind of pressure has no power to deal with them. I have seen it for myself, the enforcement gangs in places like Magaba, it’s really scary.”

Cross, who is also an adviser to the Reserve Bank of Zimbabwe, said the ‘rent lords’ were making a killing out of milking hapless informal sector players.

“The individuals who control these shadowy groups are making massive amounts of money, and these are the guys building houses that would be fit for Hollywood in cities but they are exploiting the poor.”

HCC communications manager, Michael Chideme conceded there was heightened politicking in the allocation of vending places in Harare.

“There is a lot of politicisation of vending spaces, l am sorry to say this. The city has been trying as much as possible to depoliticise…and make sure they are used by all people regardless of political affiliation…”