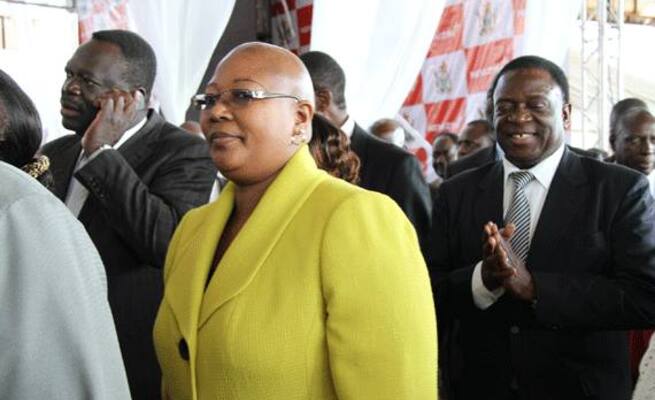 Chinamasa went on to describe Chamisa as “treasonous”.

He speaking on NewZimbabwe.com’s flagship television programme: ‘The Agenda’.

A former attorney-general and cabinet minister, Chinamasa accused Chamisa of inviting the European Union, the United Kingdom and the United States of America to impose sanctions on Zimbabwe.

Zanu PF says the restrictive measures have been destructive and have caused the suffering of the ordinary majority.

Chinamasa, who is also Zanu PF’s national secretary for finance, went on to applaud Khupe and the MDC-T saying the breakaway opposition camp was conducting itself in an honourable manner.

Khupe is also a member of the Political Actors Dialogue (POLAD), a platform formed by President Emmerson Mnangagwa and comprising presidents of fringe political parties that participated in the 2018 presidential election.

Chamisa declined an offer to be part of the platform.

“We want to work with any opposition (party) which is patriotic to the country,” said Chinamasa.

“Khupe is doing the honourable thing. We will not work with her party in government but we recognise her party as an honourable opposition, not the other one (Chamisa) who is treasonous.”

Through a Supreme Court ruling which gave her faction rights over the MDC empire, Khupe has been purging dozens of MDC Alliance MPs and councillors by recalling them from Parliament and councils.

Khupe has also nominated herself as an MP, replacing one of the recalled MPs despite contesting and losing dismally in the 2018 presidential election.

The West imposed sanctions against Zimbabwe in 2001 in response to gross human rights violations in the country.

The United States alone in 2001 crafted the Zimbabwe Democracy and Economic Recovery Act (ZIDERA) spelling out the conditions Zimbabwean government must meet before the sanctions are lifted.