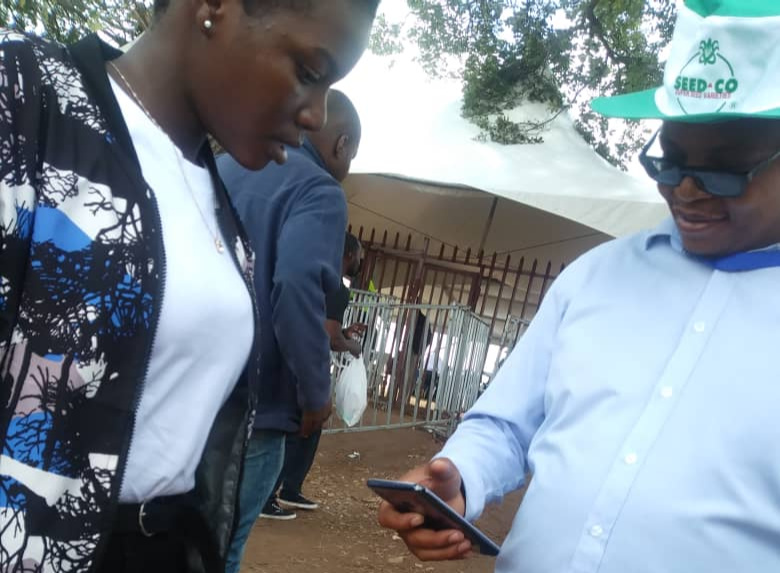 SIX journalists from NewZimbabwe.com had their accreditation cards seized Friday by Zanu PF security who went on to bar the news crew from covering the ongoing national people’s conference in Goromonzi, Mashonaland East.

Reporter, Thandiwe Garusa was further manhandled by overzealous security who demanded to scroll her phone in search of images she allegedly too “illegally” from the scene.

The six scribes were ordered to “go back and have fun in Harare” after being told they were not welcome anywhere near the venue.

However, other journalists from private media were allowed into the venue.

No reasons were given for the particular ban on the online publication’s journalists.

“Getting to the entrance was not a problem at all; however a guy who identified himself as Madondo who was standing by the gate called us back as soon as we had entered upon which he demanded to see our accreditation cards which we proceeded to produce,” Nkomo said.

“He took the accreditation papers and disappeared inside the venue for about 20 minutes only to return carrying our application for accreditation forms and saying we were not supposed to have been accredited in the first place.

“He told us he had been given some orders by one Katsande that we had to leave immediately adding sarcastically that we must go back to Harare and ‘have fun’ since it was now a ‘free day’ for us.”

Further enquiries about the identity of the official revealed the said Madondo’s real name was Liberty Bizure, the chairperson of the Zimbabwe for Youth Development Agenda (ZYDA).

Efforts by NewZimbabwe.com editors in Harare to seek the intervention of Zanu PF secretary for administration, Obert Mpofu were not successful.

One of the reporters Thandiwe Garusa was manhandled by Bizure who snatched her phone and demanded she unlocks it so he could find out if she had taken a picture of him.