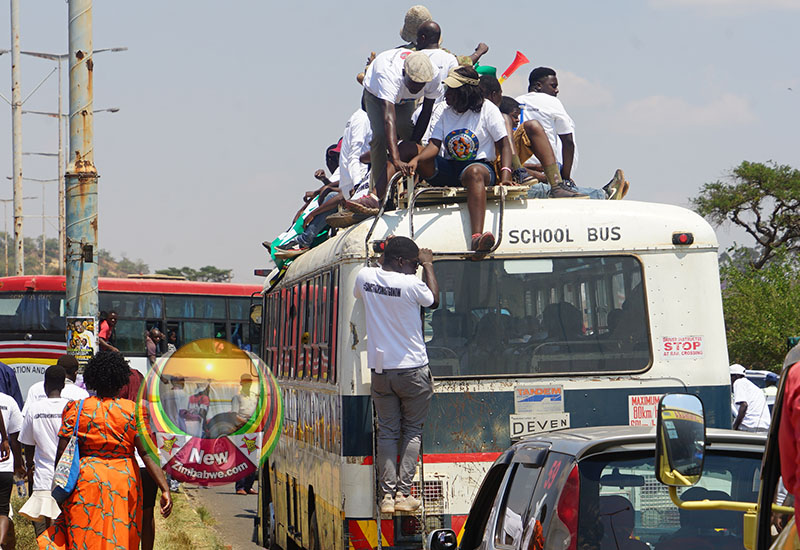 DOZENS of Zanu PF supporters who were bussed to Matizha Business Centre, Gutu for President Emmerson Mnangagwa’s monthly clean-up campaign Friday, later found themselves begging for free transport after they were abandoned by buses that were hired to ferry them.

Some of them were Saturday said to have been stranded along roads pleading for free transport as many had not carried any monies with them.

Rumbidzai Andirisi, who lives in Rutenga under Chief Neshuro and was accompanied by two of her sisters, said they were still yet to get home, more than 24 hours after the event.

“We had gone to collect water at a nearby borehole. When we got back, we heard it (bus) had already left for where people were being given rice.

“Fortunately, there was enough rice and we collected ours today, after that we boarded a Senator bus free of charge to Mpandawana where we got transport that got us here.

“Three of us have been assisted up to Roy Turnoff (Masvingo-Mutare road) but we are still far from Rutenga where we came from and more were left in Gutu,” said Andirisi.

“We had talked to MP Joosby Omar and he had promised to send us money but nothing has been sent since yesterday (Friday) so we have resorted to asking for free transport on highways.”

They were about 200km from their homes in Mwenezi, Masvingo.

Added Mary:”Please tell our MP we are yet to get home because no one knows where we are.”