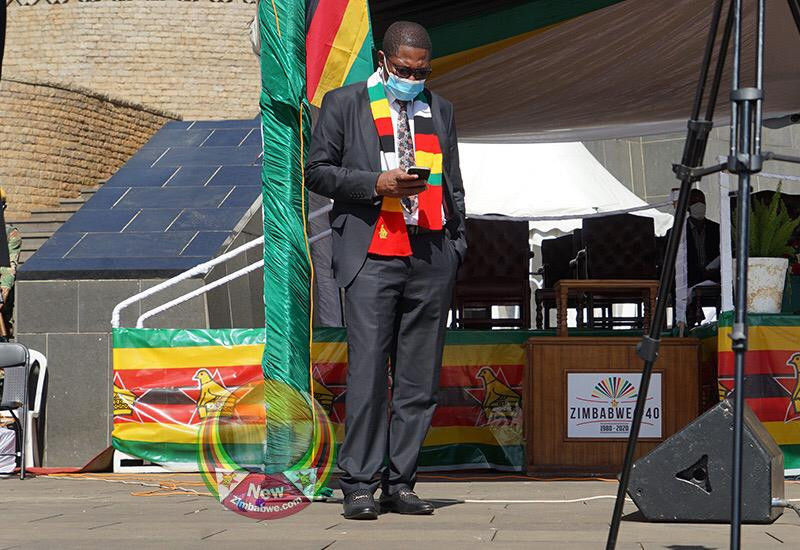 President Emmerson Mnangagwa fired Mutodi as deputy minister last Wednesday but did not give any reasons.

Mutodi is a member of Zanu PF’s Mashonaland East provincial structures. He is also MP for Goromonzi West.

The announcement to suspend Mutodi was made by Zanu PF provincial spokesperson, Kenneth Mutiwekuziva.

“Following the sacking of Dr. Mutodi as a Deputy Minister of Information, Mashonaland East executive committee sat down and deliberated on the issue and agreed that proper disciplinary action should be carried out,” said Mutiwekuziva.

“This prohibition order is in regard to his position as a provincial member in Mashonaland East province.”

The provincial spokesperson said Mutodi would soon be issued with a prohibition order and notice of charges.

Mutiwekuziva could not explain what charges the embattled politician was facing.

However, before he was dismissed from government last week, Mutodi had clashed with several senior government and Zanu PF officials over his comments on Twitter.

Among those he was in conflict with was his boss, Information Minister Monica Mutsvangwa and her husband, Chris Mutsvangwa including Foreign Minister Sibusiso Moyo.

Chris Mutsvangwa is a former adviser to Mnangagwa and is the current chairperson of the Zimbabwe National Liberation War Veterans Association (ZNLWA).